Supposedly multiple roles have been offered 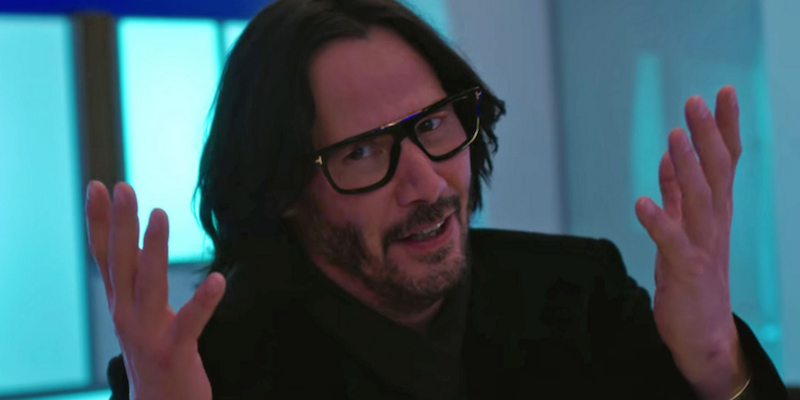 Keanu Reeves in Always Be My Maybe (Netflix)

If all goes according to plan, the recent influx of Keanu Reeves film appearances won’t stop anytime soon. During a new interview, Marvel Studios president Kevin Feige revealed that he’s been trying to get Keanu into the Marvel Cinematic Universe for quite some time. Talks have taken place and roles have been offered. In time, he hopes they’ll finally land their White Whale.

“We talk to him for almost every film we make,” Feige told ComicBook.com. “We talk to Keanu Reeves about. I don’t know when, if, or ever he’ll join the MCU, but we very much want to figure out the right way to do it.”

(Read: Ranking Every Marvel Movie and TV Show from Worst to Best)

Supposedly in the past, Keanu Reeves has expressed interest in playing Wolverine — a role that could very well be his now that Marvel has reclaimed the rights to the X-Men with the purchase of 20th Century Fox. Some fans doubt that could happen now that Reeves is nearing his mid-50s, and Wolverine typically looks quite younger than that. (Though, it should be said, Keanu’s known for not having aged much in the past few decades).

Perhaps a more fitting role for him would be somewhere in the upcoming Marvel movie Eternals. If that were the movie that finally brought on The One, it likely wouldn’t be in the lead role, as Marvel production chief Victoria Alonso has said the “world is ready” for a gay male lead.

If the MCU doesn’t work out, life won’t be so bad for Keanu Reeves. He’s had a busy year in the film industry, popping up in flicks like Toy Story 4 and Always Be My Maybe when he’s hasn’t been busy starring as the lead in the newest John Wick sequel, Bill and Ted Face the Music, or the sci-fi video game Cyberpunk 2077. That doesn’t mean he won’t be bummed. Recently, he went on the record to say he’s a “lonely guy,” which broke everyone’s heart even though he backed up the statement pretty damn respectably.