James Blake and Rosalía perform “Barefoot in the Park” at Primavera Sound: Watch 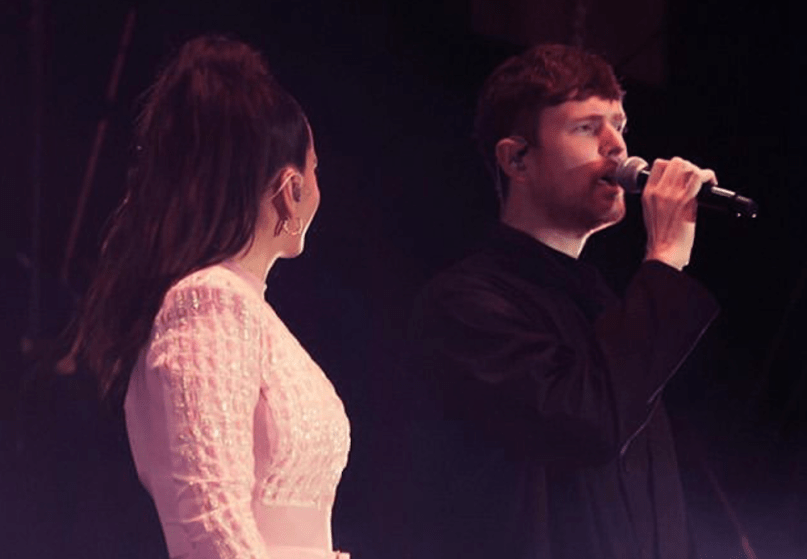 Rosalía brought out special guest James Blake during her set at Primavera Sound over the weekend. The two performed “Barefoot in the Park”, a standout collaboration off Blake’s stellar Assume Form album.

The Flamenco pop sensation sported a pink outfit, while the UK crooner draped himself in all black attire. Projected on screens all around them were glittery special effects.

Check out fan-caught footage and pictures below.

In April, the pair released the emotional music video for “Barefoot in the Park”.

Blake recently appeared on both Ellen and KCRW’s Morning Becomes Eclectic program. He’s next expected to play at summer festivals like Philadelphia’s Made in America, Ireland’s Electric Picnic, and Fuji Rock in Japan. Grab tickets here.

As for Rosalía, she shared a new song called “Aute Cuture” last month, as well as contributed to the Game of Thrones-inspired album For the Throne.

The Barcelona-based Primavera Sound just announced its 2020 expansion to Los Angeles, to be kicked off with a reunion of indie rock legends Pavement.