The "I Like It" collaborators reunite for eight-song effort 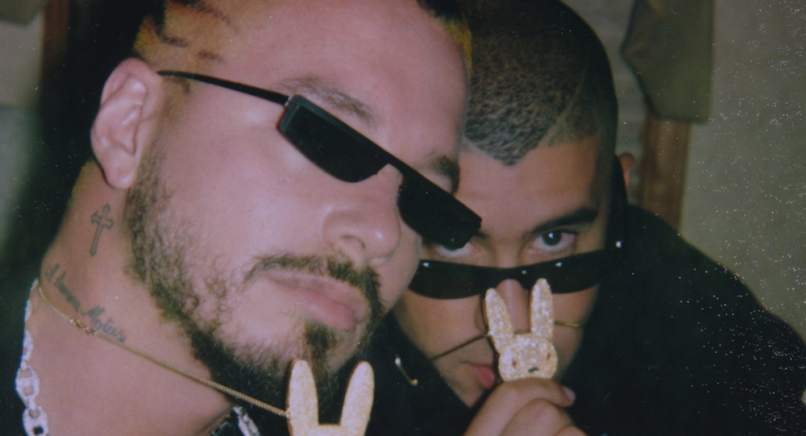 The new effort spans a total of eight songs, including titles like “UN PESO”, “MOJAITA”, and “LA CANCIÓN”. It also features the single “QUÉ PRETENDES”, which has been given a music video (watch it below).

(Read: 20 Essential Coachella Acts to Catch on Tour This Spring and Summer)

OASIS marks a reunion for the two musicians, who previously featured on Cardi B’s “I Like It”, one of the best songs of 2018. The pair also performed together at Coachella in April.

In a statement, Bad Bunny called the new album “transcendental and refreshing,” a “rescue, a relief.” He added,

“An Oasis helps you to supply yourself with what you’re missing and to find what you lack spiritually; this is what this album represents. We have been working on it for a long time, and finally, we found its moment. Working with J Balvin has undoubtedly been an unparalleled experience, I have always admired and respected him a lot and we have had an excellent vibe throughout this whole process.”

J Balvin said in his own statement, “I am proud to say I LOVE Bad Bunny; we always seem to be on the same wavelength, as he likes what I like. He is also all about celebrating our culture, while remaining super humble.” He continued, “I’ve been traveling all over the world the last few months, and anytime it started to feel overwhelming, I’ve been able to listen to the tracks we created, and instantly return ‘Home’ to our own musical paradise.”

J Balvin released his last full-length, Vibras, in 2018. He’s currently on his “Arcoiris Tour”, tickets for which can be purchased here.

Bad Bunny, too, dropped his X 100PRE debut record last year. He’s also scheduled to be on the road this summer, performing at Sónar Festival in Barcelona and Lollapalooza Paris. All tickets to his upcoming shows can be found here.