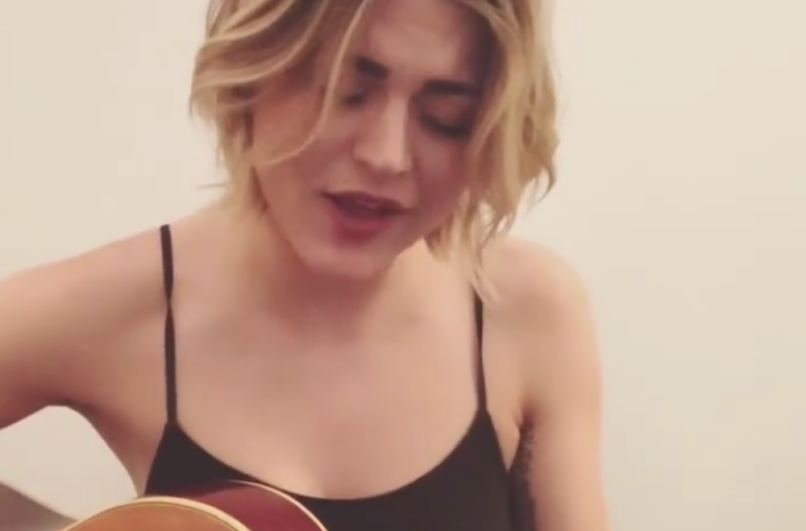 In the past, Frances Bean Cobain has said she’s “absolutely” serious about pursuing a music career. She’s kept her word thus far, teasing material like her “rough yet delicate” arrangement last December. The 26-year-old songwriter is back now with yet another new song.

Cobain posted two short Instagram videos of her playing a new piece on her acoustic guitar. In a caption, the daughter of Kurt Cobain and Courtney Love described the “very sad song” as “raw and truthful.”

As SPIN points out, while father Kurt is never specifically named in the song, its lyrics suggest it just might be about the Nirvana frontman. “I know you weren’t meant to stay in this place/Sometimes I find it hard to look at my own face,” she sings. “Maybe one day I will talk to you/ If I’m lucky it won’t be too soon.”

One of those quick to show support for the new song is My Chemical Romance singer Gerard Way, who commented, “so proud to watch you go on this journey, sharing your art.” Cobain replied, “thank you for always lending me your ears & being a pillar of support/friendship.”

Cobain promises that even more new music is on the way “soonish.” In an interview with RuPaul earlier this year, Cobain blasted brand culture, saying that in the age of the Kardashians, “my brand is my authenticity.”