Elvis Costello accepts O.B.E. from Queen of England: “My mom told me to do it” 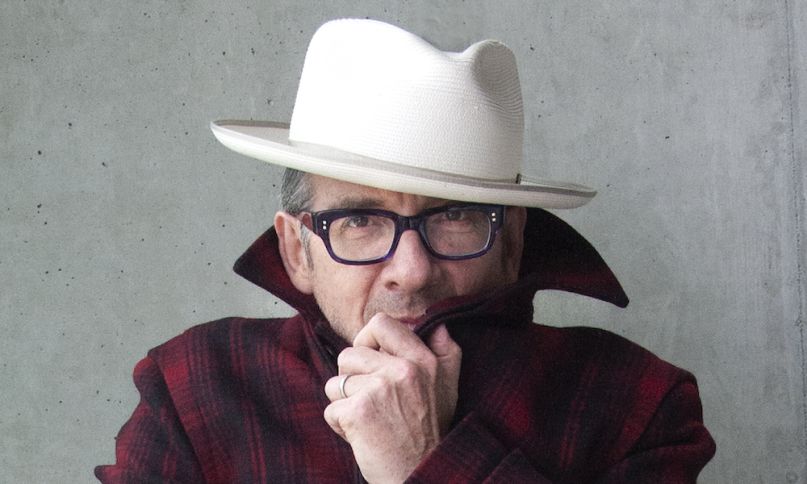 Elvis Costello has been recognized as an Officer of the Order of the British Empire (O.B.E.) for his services to music. The veteran musician announced the “very surprising honour” on his blog, detailing why he chose to accept the award after a long talk with his mother.

After admitting that his first reaction “upon receiving an ‘O.H.M.S.’ letter was, ‘Oh no, they’ve finally tumbled me,’” the “She” crooner noted that he sought counsel from his mother, Lillian MacManus, on whether he should accept. In the post, he explained,

“I began my call by telling my Mam that the Prime Minister, Mrs. May, had put my name forward for an O.B.E. ‘But she’s rubbish’, Lillian cut in before I could complete the news. Well, that aside, I said, ‘Of course, I won’t be accepting the award’.

I didn’t get much further with that statement either. I listened carefully to my mother’s argument that if something is deserved then one must be gracious in acceptance. So, as a good lad, who likes to do what will make his Mam most proud, I knew that I must put old doubts and enmities aside and muster what little grace I possess.”

He continued, “Even so, it is hard to receive anything named for the ‘British Empire’, and all that term embodies, without a pause for reflection.” Costello went on to speak about both his grandfathers’ service in World War I and how “it is in memory of those two British Army soldiers and because my Mam told me to do it, that I can proudly accept this award.”

Costello closed statement by noting the irony of being a recipient of such an accolade, joking: “It confirms my long held suspicion nobody really listens to the words in songs or the outcome might have been somewhat different.”

“It would be a lie to pretend that I was brought up to have a great sense of loyalty to the Crown, let alone notions of Empire. I used to think a change might come but when one considers the kind of mediocre entrepreneur who might be foisted upon us as a President, it’s enough to make the most hard-hearted “Republican” long for an ermine stole, a sceptre and an orb.

To be honest, I’m pretty tickled to receive this acknowledgement for my ‘Services To Music’, as it confirms my long held suspicion nobody really listens to the words in songs or the outcome might have been somewhat different.”

You can read Costello’s full letter here. In other news, in April, Elvis Costello & The Imposters and Blondie announced they would team for a joint tour in July and August.