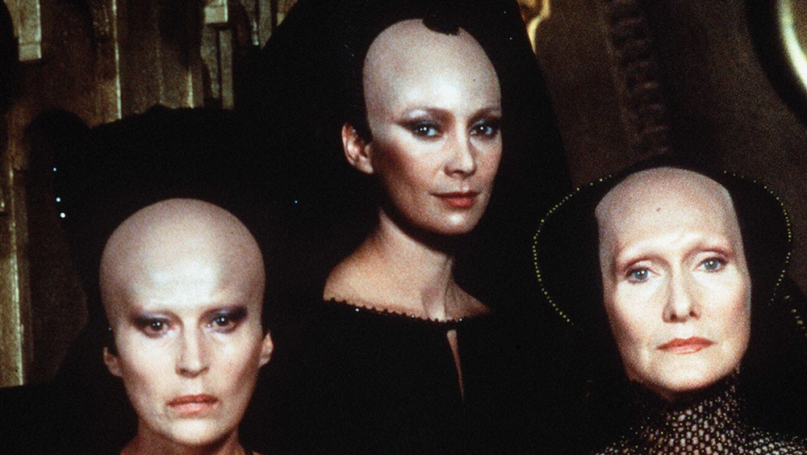 Next year’s Denis Villeneuve-helmed adaptation of Dune already promises nearly all of Hollywood, as well as a score from the Hans Zimmer. But there’s still more to come from Legendary Entertainment and the Dune universe: A spinoff TV series called The Sisterhood is officially in development.

The Sisterhood will be based off Frank Herbert’s same Dune novel and takes place in the same world. However, as its title implies, the series will be written from the perspective of the Bene Gesserit, a cryptic order of women. A brief synopsis from The Hollywood Reporter describes the project further,

“Given abilities by their mastery of the body and the mind, the Bene Gesserit expertly weave through the feudal politics and intrigue of The Imperium, pursuing plans of their own that will ultimately lead them to the enigmatic planet Arrakis — known to its inhabitants as Dune.”

(Read: 2017 Filmmaker of the Year Denis Villeneuve on Crafting the Essential Sequel)

The Sisterhood comes via Legendary Television, but WarnerMedia will be in charge of distribution via its still as-yet-unnamed streaming platform. Villeneuve has been tapped to direct the pilot, and also helped co-write the screenplay alongside Jon Spaihts. The two also will serve as executive producers on the show with Brian Herbert, Byron Merritt, and Kim Herbert for the Frank Herbert estate.

“The Bene Gesserit have always been fascinating to me,” Villeneuve said in a statement. Focusing a series around that powerful order of women seemed not only relevant and inspiring but a dynamic setting for the television series.”

As Variety notes, this isn’t the first time Dune has been adapted for the small screen. A mini series aired on SyFy back in 2000, followed by Children of Dune in 2003.