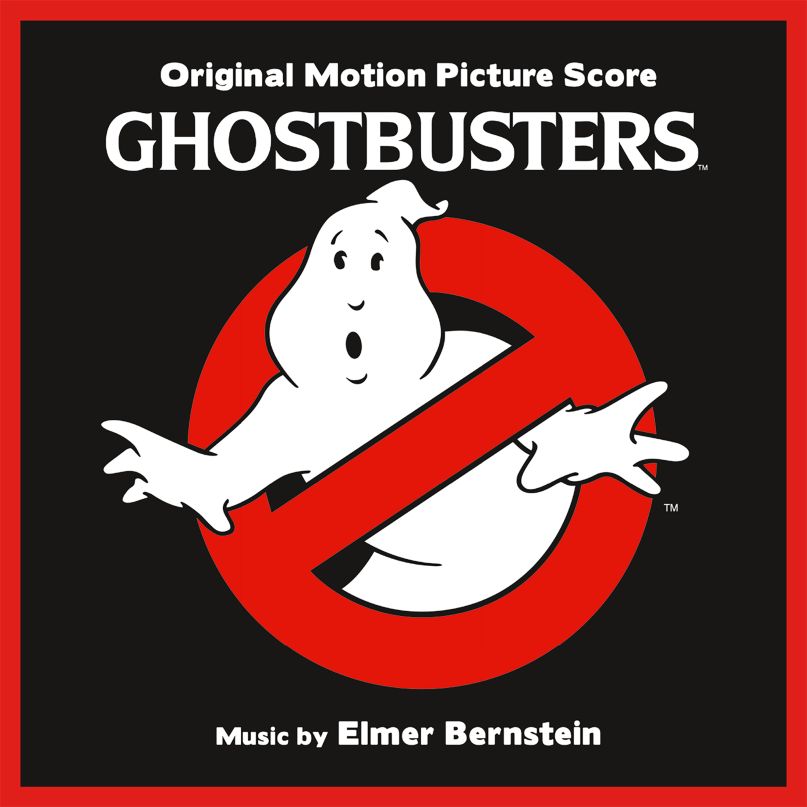 Conan O’Brien often jests that people will still come up to him on the street and ask about The Simpsons, a gig he briefly held decades ago. By his own admission he can’t remember characters; he was busy being a late-night impresario for the last 25 years. But that’s something for which people still love him, apparently. Remember Chris Farley asking Paul McCartney about his work in the Beatles, and not the solo stuff, on Saturday Night Live? Same general idea. When you’re a part of something so seismic, it follows you around. Were Elmer Bernstein still alive and composing, one could surmise that people would bug him incessantly about his contributions to Ghostbusters. And you know what? He earned it.

Sony Music has reissued Bernstein’s iconic score, and it’s like a gateway drug to the inspired sounds of a genius of the form. Bernstein’s rich horns have never sounded so muscular. His piano melodies, never so bouncy. And the eerie, electrical flourishes of the score’s famed ondes Martenot sound massive and otherworldly here. The new reissue also shares previously unheard takes from the film. (As did the 2006 Varèse Sarabande release, but like any greatest hits compilation, there’s always more in the archives.) Like the film it surrounds, Bernstein’s Ghostbusters is a classic of a unique and hard-to-match order.

One minute Bernstein is stringing out on electric piano wires, twitching nerve endings in the ear canal as he introduces the New York Public Library. Fitting for ominous lion statues and cob-webbed book stacks. The next minute, we’re given the Ghost Busters themselves walking up steps like janitors with utensils to a work-a-day piano ditty. Approaching the final villain Zuul is backed by Western-like hero horns. The wooing (and harassment) of Dana Barrett (Sigourney Weaver) is played for whimsy and romance with a hallowed out melody. The variety is both dazzling and always perfectly dramatic. Bernstein gets the joke, but is able to compliment mood swings and other chaos with intense enjoyment for what he’s composing. There’s nothing lazy about the music. And it sticks. There are earworms.

But to understand the noises of Ghostbusters (beyond those of fizzing proton packs), one should probably look to Bernstein, the 14-time Oscar nominee and one-time winner (Thoroughly Modern Millie) for scoring. Bernstein’s a staple. He could give you any sound you needed: big, sexy, jazzy, experimental. He had a knack for loud movie textures in the style of Erich Wolfgang Korngold, or Bernard Herrmann. Bernstein flexed American bandstand styles ranging from swinging Count Basie variations to Aaron Copland heft. Walk on the Wild Side, The Ten Commandments, The Magnificent Seven. One year, a pitch-perfect work of melancholy in To Kill a Mockingbird. A few years later, full patriotic regalia and intrigue in The Great Escape. He could do it all.

His works were unified by Bernstein’s ear for brass, and his staggering ability to get a mood right. He could dress a score up and down depending on the needs of the project, and you could actually hear and appreciate his work layered atop a story. Through his catchy melodies and creative instrumentation, he forged strong relationships with the material.

But by the late ‘70s, his moves were becoming a little too familiar. Enter projects like Animal House, Airplane!, and Stripes. Bernstein continued as he traditionally had, but that rich sound became a little too serious for audiences, and he saw the potential for self-parody. Think Animal House would be funnier with slide whistles and disco-era sounds, or with the bloviating academic score he arranged instead? Exactly.

Stripes marked Bernstein’s first pairing with Ivan Reitman, and it’s pitched like a silly remix of his Great Escape work. But when they reteamed for Ghostbusters, Bernstein went wild. At its core, the score is built around a jolly New York piano theme, a ‘just another day on the job’ motif. Except it’s layered with wavering elements and other spine-tingling sounds. Battle themes, funky breakdowns, and deeply suspenseful mood music.

In terms of film composition, Ghostbusters is a dense listen, changing styles on the whip and blast of a ghost trap. Yet Bernstein always hits his targets. Take “Judgment Day”, over the scene where Ray (Dan Aykroyd) and Winston (Ernie Hudson) drive back to the firehouse and contemplate the end times. Heavy stuff, but delivered many tonal shifts by Bernstein. It’s busy beat-making, followed by biblically scary strings, and then a kick-ass transition theme. Followed by bad guy music. It’s only 90 seconds, but the fluidity of the whole piece is a marvel.

Bernstein woos the ears with romantically woozy tracks like “Dana’s Theme”, then scares the socks off the audience with big numbers in “Halls”. The latter is a great example of escalation through tempo, or how instrument choices can tweak a mood. And it begs a question on further listen: Where are scores like this in the zeitgeist? The Avengers theme is a staple, but the rest of that score is undercut by explosions, space travel, and other contemporary bombast. Hans Zimmer has to get access to church organs and super-sized string sections to make a dent against action filmmaking. Cost-cutting measures, extremely loud effects tracks, and a penchant for digital programming has made stuff like Bernstein’s work harder to find in the modern era. Wouldn’t it be nice to hear rich and diverse scores like Ghostbusters? In a bizarre way, the ghost of his efforts shines most brightly in this popcorn mega-hit.

In a career filled with unique and amazing scores, Ghostbusters is arguably Bernstein’s pièce de résistance in embodying so many of his best melodies, themes, sounds, and experiments. In 2002, he shared insight into his process, and would explain that he liked to watch and sit with a film for a week before composing. One gets the sense that he watched a work print of Ghostbusters and felt compelled to go a little nuts. You get the traditional epic compositions, some big-time triumphant music, but not without the comical escalation of irreverent trumpets or impatient piano punches. Again, this score shouldn’t work but perhaps that’s why it’s as lovable as the Ghost Busters themselves. Bernstein made a creepy, loving, giddy, well-rounded work that feels impossible to imitate.

But not everything is gold, and that’s part and parcel of the scoring process. One of the reissue’s most fascinating elements are the unused tracks, and full tracks with passages of music not used in the film. Tracks like “Mr. Stay Puft” or “Mistake” or “We Got One” suggest what could have been an entirely different film. When Stay Puft appears in the film he’s greeted with a shrieking whine, but Bernstein’s original track suggests something closer to a monster flick like The Blob or Godzilla.

“Mistake” is an assemblage of decorative sound effects; one could guess it’s from the scene where the protection grid is shut off. Frankly, the scene’s much more dreadful with its organic klaxons in the movie, without scoring. “We Got One”, with its brash guitar riffs, feels like a B-side from a completely different movie altogether, like another post-Porky’s boys club excursion. The “what ifs” are really something. The new Ghostbusters album is a strongly-orchestrated argument for scaling down to the best stuff. Theremin, oboes? Great. Easy on the guitar.

Small nits to pick? The album’s run order doesn’t match the events in the film. Some components, like the end-credit flourishes or composed sound effects (like Stay Puft’s entrance), are still not included. Does it matter? Mildly. But it doesn’t really diminish the ear-popping goods compiled for this 2019 release.

To the point of that electric piano, the ondes Martenot that gives Ghostbusters its signature spooky aura, it would recur heavily in Bernstein’s later work. Maurice Martenot’s invention invariably became Bernstein’s late-period calling card: playful, silly, and even a bit ominous. It’s surprisingly durable. Beach Boys riffs needn’t only apply. He gave it a strong spin in 1981’s Heavy Metal, before blowing it up in Ghostbusters, and then re-using the special keyboard in greats like The Age of Innocence, My Left Foot, and Bringing Out the Dead. It’s always startling at first, but it becomes hypnotic, and memorable in an endearing and meaningful way.

Thirty-five years later, the score’s maximal wall of sound doesn’t ring campy. It just sounds right, perfect even, for this film’s oddball cadence. Bernstein has a terrific library of scores, but Ghostbusters endures in no small part due to its replay value. It crosses so many sonic streams, exploding with Hollywood grandeur and scale, but not without its dalliances in micro-music on an intimate level. It’s a giddy blend, mixing action and comedy with sci-fi and romance. It matches and elevates the film and itself in the process. Bernstein caused an explosion, a controlled and classical one that still plays in the ears and memories of ghost-busting fans and newcomers alike.