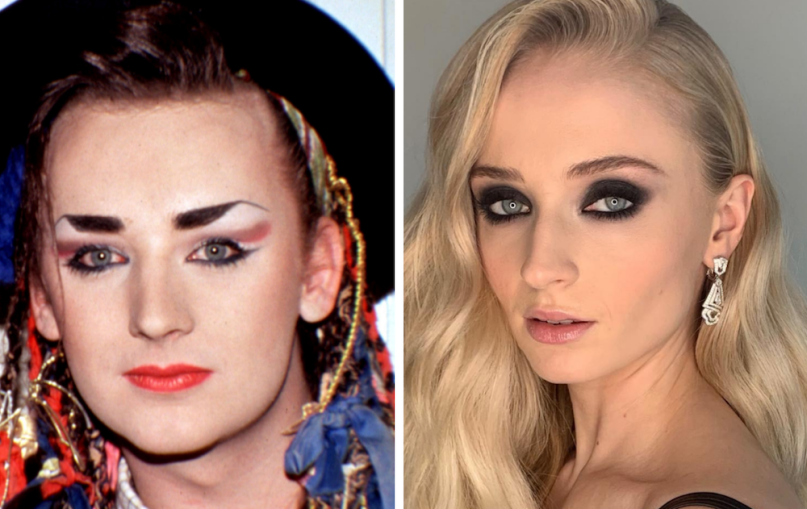 A new biopic on Boy George is in development, and the musician already has someone in mind to portray him. Sophie Turner is currently “one of the most interesting” casting suggestions to come across his table.

The Culture Club singer revealed the news during a recent interview on the Australian radio show Fitzy and Wippa on Monday, as SPIN points out. The 58-year-old English icon also anticipated some of the potential backlash of such a casting.

“It’s really strange but that’s been a suggestion,” Boy George said. “I think that will upset people, which I really like.” He went on, “‘Oh she can’t play you, she’s a woman,’ but when I was 17, I would have loved to have been her.”

Turner, 23, doesn’t appear to have any qualms about the role, though. “I’m SO down,” the Dark Phoenix and Game of Thrones star wrote on Twitter Monday afternoon.

I’m SO down @BoyGeorge https://t.co/6Ci0VDfmtB

The Boy George biopic is still untitled and without a release. However, we do know that it will be directed by Sacha Gervasi, who previously helmed the 2013 Alfred Hitchcock biopic Hitchcock.

If Turner is indeed tapped to play Boy George, it wouldn’t be that strange of a casting decision. Numerous women have portrayed men on the big screen in the past, notably Barbra Streisand and Julie Andrews. Cate Blanchett also famously played Bob Dylan in 2007’s I’m Not There.

The Boy George-centric film is just the latest music biopic to get the green light following the release of Bohemian Rhapsody and Rocketman.