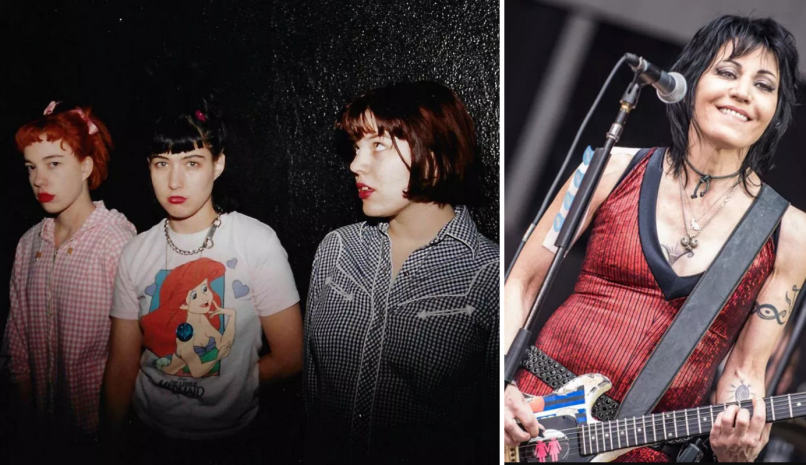 Bikini Kill delivered a true cherry bomb to their fans in Brooklyn on Tuesday night. For their third show at King’s Theatre, the reunited outfit brought out longtime friend and collaborator Joan Jett for a performance of “Rebel Girl” off 1993’s Pussy Whipped.

This was no random guest appearance. No, Jett produced the single (along with “New Radio”), a favor that singer-songwriter Kathleen Hanna returned the following year when she helped co-write several songs for Jett’s Pure and Simple.

Watch fan-shot footage of the performance below.

Bikini Kill have one more show in Brooklyn tonight before heading overseas for two gigs in London. Last week, however, it was announced that they’ll be headlining this year’s festivities at Riot Fest in Chicago. Out of luck in finding tickets? We’ve got you covered.