Here’s what Democratic presidential candidates are using as entrance music 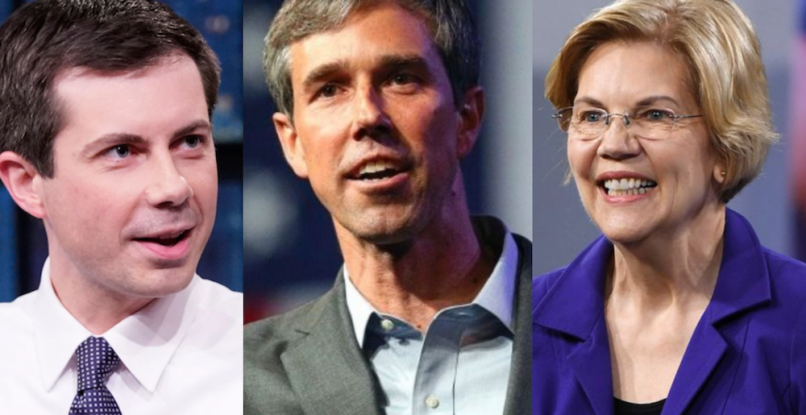 Last Sunday, Democratic presidential hopefuls took a break from their individual 2020 campaigns to gather at the Iowa Democrats’ Hall of Fame dinner. In addition to delivering speeches detailing their stances and policies, the candidates also gave voters a peek into their music tastes. As they took the stage, each politician walked out to a different, specially chosen song, according to TIME.

Congressman Beto O’Rourke took the stage with The Clash track “Clampdown” blaring in the background. The Texas native has long revered the punk rock band and credits The Clash for making him fall in love with the genre in the first place. Previously, Spoon covered the same song during a Beto rally in Dallas. (Indeed, no Mars Volta in sight Sunday, but that could change should Beto win it all.)

Mayor Pete Buttigieg proclaimed his love for Phish and Radiohead in the past. However, the Mayor of South Bend, Indiana chose to walk out to the optimistic tune of “High Hopes” by Panic! at the Disco.

Senator Elizabeth Warren, who prides herself on speaking for the people, selected the 1980 Dolly Parton cut “9 to 5”. The Massachusetts politician used the same song to formally kick off her presidential run.

All I can say is: At least no one chose Nickelback.

Check out some of the song picks below.