The gray strands reportedly date back to 1826 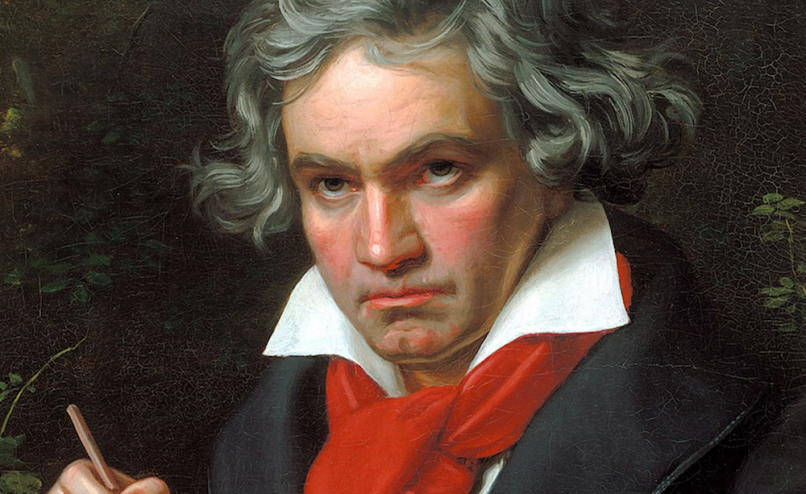 Beethoven and his wild mane

With the exception of things like Pink Floyd’s kickass guitars, most music-related auctions seem to be incredibly random. This year alone, we’ve seen two strange Kurt Cobain items go up for bid — a used pizza paper plate and a hospital gown. Today, the auction world offered up another unexpected collectible in… Ludwig van Beethoven’s hair.

According to Sotheby’s, Beethoven gave the hair to pianist Anton Halm in 1826. As Stereogum points out, the gift came after the famed classical composer attempted to first pass off goat’s hair — yes, you read that right — as his own.

“Other locks of Beethoven’s hair that we have seen have invariably been taken from the composer on his deathbed in 1827,” read a description on Sotheby’s page, “and this is one of the best documented.”

Halm got his wish, Sotheby’s got their huge auction, and now someone is sitting somewhere with a bag of follicles worth more than my life. Everyone wins.

Check out an image of Beethoven’s hair below.

Read a short anecdote on the goat hair gimmick and Beethoven and Halm’s somewhat complex friendship:

The pianist and composer Anton Halm (1789-1872) got to know Beethoven well, after meeting him in 1815 and playing for him frequently. The composer liked Halm’s bluff military manner and apparently bore him no ill-will even after Halm’s wayward piano playing in the Choral Fantasia in 1817 brought the performance to a halt. In 1826 Halm made an arrangement of Beethoven’s Grosse Fuge op.133 for two pianos and it was evidently during this period that Beethoven gave him this lock.

Halm told Beethoven’s great biographer A.W. Thayer (presumably during Thayer’s stay in Vienna, 1859-1864) that, while at work on the Grosse Fuge in 1826, he had asked Beethoven’s factotum Carl Holz to secure a lock of Beethoven’s hair for his wife Maria. The hairs arrived a few days later, supposedly Beethoven’s, but in fact cut from a goat. When he had finished his arrangement of the fugue, Halm brought it and the hair to Beethoven. The composer was furious that his friend had been deceived, and promptly snipped off some hair and gave it to him, declaring it to be genuine.