A soundtrack to the hip-hop icons' new Showtime docu-series 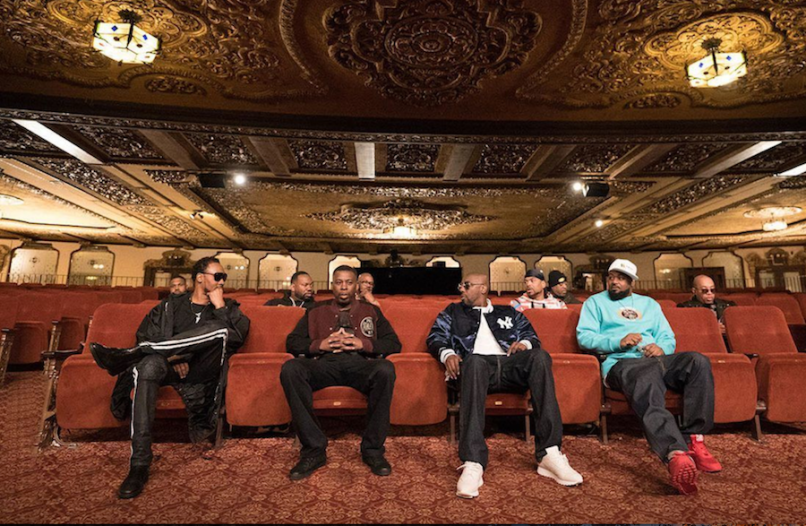 The story of the Wu-Tang Clan is being told in the new Showtime docu-series, Of Mics and Men. This Friday, just as the show’s second episode drops, the hip-hop icons will add another chapter to their tale by delivering a new EP.

Coming from 36 Chambers and Mass Appeal, the effort will serve as a soundtrack of sorts, featuring “music inspired by the series,” according a tweet announcing the release. Besides the May 17th due date, details on the EP are slim, though the cover artwork was revealed in the announcement message. Check it out below.

You've seen episode 1/ Wu documentary by now (and if you haven't, what were you doing last weekend), now listen to the music inspired by the series. On Friday, we're coming with a new Wu-Tang EP from @36ChambersALC and Mass Appeal, so let your boss know you'll be in late to work. pic.twitter.com/9tPXfDnWVv

The Wu-Tang Clan’s last record was 2017’s The Saga Continues.

Of Mics and Men is just one of numerous projects they’ve launched to celebrate their 25th anniversary. RZA is working on a Hulu show, Wu-Tang: An American Saga, as well as a project with Ghostface Killah and longtime manager Caruso called Angel of Dust, a supernatural thriller loosely based Wu-Tang’s early years on Staten Island. They’ve also just announced a limited-run of collectors edition apparel, which you can snag at their web store.

You can also get tickets to their ongoing anniversary tour.