Will Smith unveils his hip-hop version of Aladdin Song “Friend Like Me”: Stream 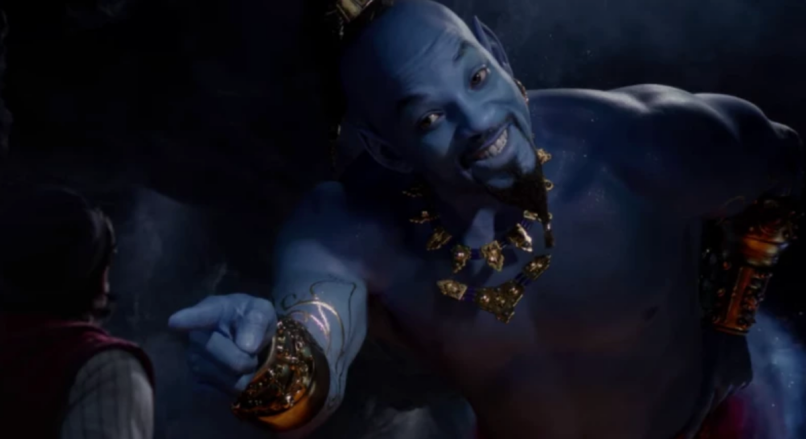 Will Smith as the Genie in Aladdin

After teasing his rendition of “Friend Like Me” on The Tonight Show, Will Smith is finally ready to share his much-hyped take on the track for the upcoming live-action Aladdin film.

The new version of “Friend Like Me” sees Smith joined by DJ Khaled to revamp the beloved Disney song. It should come as no surprise that Smith does quite a bit of rapping given he was cast as a “hip-hop” version of the genie, and yet it still feels pleasantly surprising. The two play off one another well, playing into the song’s natural rhythm. Parents don’t have to worry either; this is a family-friendly version that could have aired on The Fresh Prince.

Best of all, Smith gets to let his personality shine in the song. That bodes well for him, given he had big shoes to fill because the original character was played by Robin Williams in 1993 (and he knows it). It’s not a bad complement to Zayn and Zhavia Ward‘s take on “A Whole New World”, too. Check it out below.

Given everything we’ve seen in the trailers, it looks like Aladdin will stay somewhat faithful to the original animated film. Directed and co-written by Guy Ritchie, alongside Big Fish screenwriter John August and The Shape of Water writer Vanessa Taylor, this Aladdin remake stars Mena Massoud as the titular character alongside Naomi Scott, Marwan Kenzari, Navid Negahban, Nasim Pedrad, Billy Magnussen, and Numan Acar.

If it feels like there’s a lot of live-action remakes coming from Disney as of late, then you’ve been paying attention. Earlier this year came Tim Burton’s delightful take on Dumbo, on July 19th we get to see Jon Favreau’s The Lion King, and near the end of 2019 will come Charlie Bean’s Lady and the Tramp. That’s a whole lot of animated Disney come to life.

Aladdin opens in theaters on May 24th. Until then, you can revisit one of the three trailers released to get excited for the movie.