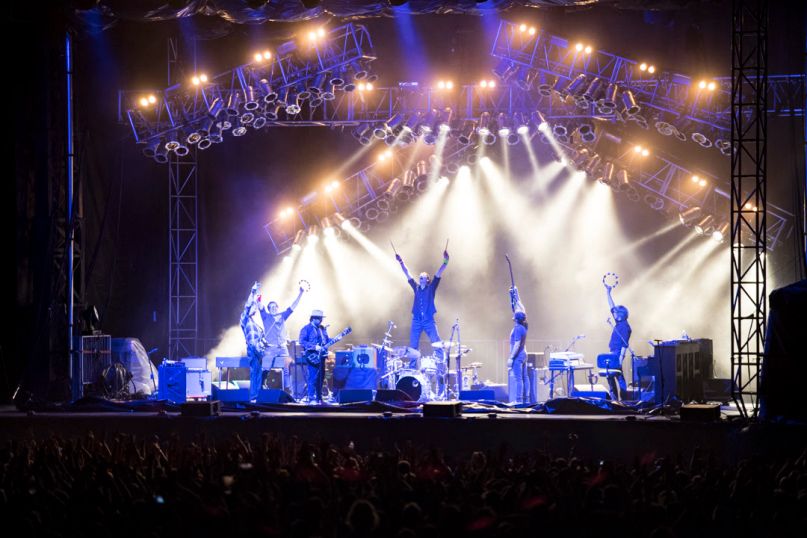 Later this summer, Wilco’s annual Solid Sound Festival will return to the Massachusetts Museum of Contemporary Art in North Adams. Scheduled for June 28th through 30th, the event will host two headlining performances from the iconic alt-rock act. However, the band has now announced they’re looking to share the spotlight, as they will also serve as the live band for a fan karaoke set on Friday.

Wilco is currently running a competition to find five to ten singers who will join them on stage at the festival. As frontman Jeff Tweedy noted in the call for entrants,

“Ever wish karaoke bars had more Wilco? Do they have any? I don’t really know. But I do know that they don’t have enough songs about existential dread and self-loathing. Sound fun? Please join us onstage so we can get Solid Sound 2019 started with some outsourced belters from the Wilco songbook. Let’s do this!”

To enter, fans need to share a video of themselves singing the song they’d like to perform live with Wilco using the hashtag #WilcoKaraoke. After reviewing the submissions on Instagram and YouTube, the Chicago rockers will contact winners on June 10th. In addition to performing one song with Wilco, the chosen vocalists will also receive two three-day passes to the festival, a meet-and-greet and rehearsal with the band, and a swaggy artist gift bag.

In other news, Wilco recently announced their Sky Blue Sky destination festival in Riviera May, Mexico, scheduled for January of 2020. Maybe if this Solid Sound karaoke goes well, they’ll revive the concept down in Mexico. Tweedy also dropped a new album WARMER in time for Mother’s Day earlier in the month.