TV Review: When They See Us is a Scathing Indictment of American Injustice 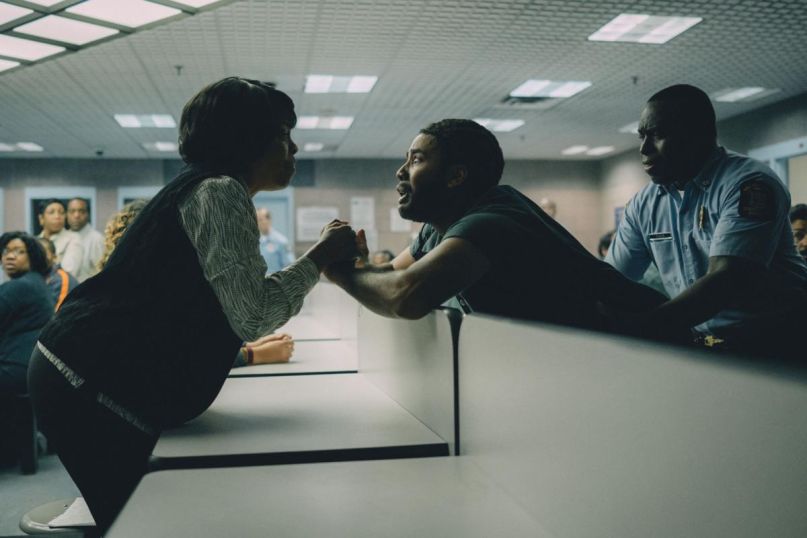 When They See Us (Netflix)

(Editor’s note: The following review covers all four episodes of When They See Us.)

The Pitch: On the night of April 19, 1989, five young men between the ages of 14 and 16 were arrested in New York City in connection with a number of crimes in Central Park. The most severe of those crimes was the rape and near-fatal battery of a 28-year-old woman, who had been jogging through the park when attacked. They were not responsible for these crimes, but on that night they were arrested as part of an aggressive NYPD crackdown. They were detained for as long as 18 hours, some without an adult guardian present. Under extreme duress, three gave taped statements, using names fed to them by detectives to implicate one another in the crime despite most of them having never previously met.

It’s now known that Antron McCray, Yusef Salaam, Raymond Santana Jr., Kevin Richardson, and Korey Wise were innocent. But in 1990, at the end of a legal process that local and national media salaciously dubbed “one of the most anticipated trials” of the time, all five were convicted of the assault, their inconsistent fake confessions pieced together by prosecutors into a horror story that led to them serving between six and 14 years in prison. Before, during, and in the years following their time served, each saw their lives (and those of their families) irreparably shaken and endangered. Yet as the superb Netflix limited series When They See Us demonstrates, they were not broken. Their pain was unimaginable, their struggles profoundly unjust. But even in a country that forces nearly every one of the series’ characters to scoff at the idea of “fairness” at one point or another, the boys were able to become men, and to fight their way back to the light.

The Historical Re-Record: Three years ago, Ava DuVernay used the near-universal accessibility of Netflix as a platform to stage a grand reconsideration of America’s faith in the legal system with 13th. That documentary, which indicted the American legal system as one built to encourage recidivism and packed for-profit prisons, felt as much like a means of activism as a film. While it educates in abundance, 13th is most heavily concerned with bridging the past and present, with using centuries-old rhetoric to illustrate the ways in which the world (and America in particular) has not changed as dramatically as many would like to claim.

Racism is still omnipresent, and while When They See Us is a period piece set 30 years ago, there’s hardly a facet of the boys’ ordeal that feels out of place today. From a legal system that too frequently privileges optics over justice, to the presence of Donald Trump whipping his supporters into a frenzy on TV, DuVernay’s four-part series addresses the case with disquieting intimacy. There’s no distance allowed, because of the passage of time or because of the eventual profession of their innocence, between audiences and the horrors perpetuated in the interrogation, trial, and incarceration phases of their stories. As a co-writer and the director of all four episodes, DuVernay’s intention is not just to recount their stories as faithfully as possible, but to correct and reset the collective cultural memory.

When They See Us largely avoids language centered around the “Central Park Five”, beyond media usage of it at the time. DuVernay takes great care to honor the importance of getting the fine details right in revisiting their case; there’s no room of any kind for indulgence of the “pack mentality” rhetoric so prevalent when the case was initially in the news. DuVernay instead concerns herself with discovering the humanity within each of the victims; as boys, Antron (Caleel Harris), Kevin (Asante Blackk), Raymond (Marquis Rodriguez), Yusef (Ethan Herisse), and Korey (Jharrel Jerome) are pretty average until the moment they’re forced to become household names. Raymond wants to meet girls, Antron has dreams of playing professional baseball, Kevin loves to play the trumpet. One of the many deep agonies of When They See Us, and one DuVernay compels audiences to consider at length, is who they could have been if none of this had ever happened at all.

No Law & No Order: DuVernay is working at the height of her craft with this project, and When They See Us manages to traverse over 20 years of emotional and historical territory while articulating itself with bracing clarity. In the same manner as 13th, but working on an even more ambitious scale here, DuVernay approaches the injustices of the story by weaving an ethos of intersectionality into her filmmaking. The series touches on racism, white complicity, contradictory lawmaking, the evils of minimum sentencing, the far greater evils of the U.S. prison system, transphobia, layers of privilege within black communities, and a number of other complex topics that many series wouldn’t dare attempt to piece together in the way When They See Us manages with grace. But then, for DuVernay there’s not much piecing together to do at all. No one injustice exists in a vacuum, separate from the rest.

Some of the series’ most scathing critique emerges from the second episode, which chronicles the build-up to the trial and its descent into a desperate scramble for the prosecution to justify its spurious accusations. As DuVernay transitions from the media firestorm over the story to the families’ vague hopes that the many holes in the case will save the boys to the inevitable end, When They See Us takes a long gaze at the many choices made by the powerful that wound up brutalizing the innocent. Prosecutor Linda Fairstein, played by Felicity Huffman with a ruthless need for self-justification, is shown bending evidence in every manner just short of outright forgery in order to make a splashy public statement about the city’s crime rate being under control. Counselor Elizabeth Federer (Vera Farmiga) wearily smirks at a defense attorney’s pleas for a fair trial, pointing out that the politics surrounding the case were always going to hold more meaning than their innocence or lives ever could. Whenever the series moves away from the boys to look at the behind-the-scenes machinations conspiring against them, their lives are rarely ever an active concern.

When They See Us serves many purposes as a text. It’s a reassessment of a case many never followed past the hideous, misleading original headlines. It’s an account of one of the most severe miscarriages of justice in modern American history. It’s an empathetic look at the human spirit left confused and frightened, and the ways in which recovery never exists on a linear path. It’s an examination of how the levels of government can conspire to steal away lives, futures, and generations as a function of daily bureaucracy. It serves these purposes and more still over its five hours, but its most compelling argument might be the one that matters the most as well, and one that’s been echoed by activists for years: there is more than one America, and when you’re not a part of the ruling class, the country teaches that lesson in abundance.

Lives Lived and Lost: When They See Us offers an immersion into the humanity of its subjects, and much of that connection emerges from the uniformly great performances. The young actors portraying the boys demonstrate an excellent command of their longer arcs, evolving from relatively carefree kids to survivors out of necessity with a purposely awkward type of courage that’s at once affirming and gut-wrenching. DuVernay boldly interlaces their youthful struggles with those following them into adulthood, as they cope with the realities of living as felons and despised public figures, and the eventual resonance is staggering.

That resonance dovetails with the stories of their parents, each of whom finds their own way of coping with the sustained trauma of their wrongful incarceration. Antron’s father Bobby (Michael Kenneth Williams) avoids the inevitable by entrenching himself in his work, Yusef’s mother Sharon (Aunjanue Ellis) carries her son’s spirit for him when he’s unable. Delores Wise (Niecy Nash, excellent) attempts to keep awareness of the boys alive, even as Korey is eventually the last to be freed and the rest of the families are already attempting to move on. These are portrayals of people tasked with an unfathomable burden, and they’re delivered with the kind of respect and humanity that their real-life counterparts were too often denied at the time.

The Verdict: Throughout When They See Us, DuVernay returns to a motif of dialogue from the night of their arrests, layered over the horrors of present realities. It’s a visualization of the regret many feel about roads left untraveled, amplified to bone-rattling decibels by the reality of that regret having been forced on a group of innocent teenagers. The terror is reasonable, but the regret is what aches most deeply. At 16 years old, a group of young men were referred to as animals, made into the faces of a racist news cycle, and left to cope with the kind of what-if guilt that shatters people far more experienced in life.

Ava DuVernay’s series is a harrowing account of an unforgivable failure of justice and morality, and its artistry and consideration are evident at all turns. When They See Us is a difficult piece of viewing, a stark reminder that Americans are brutalized daily to sustain institutions and economies built on their brutalization. But for the sake of remembering history as it truly was, and not as it was portrayed, for Yusef and Raymond and Korey and Kevin and Antron, it implores the audience to look. And not look away. And to see, really see, what can happen when the law is used as a weapon.

Where’s It Playing? All four episodes are available now on Netflix.