Featuring a sample from a familiar dating video 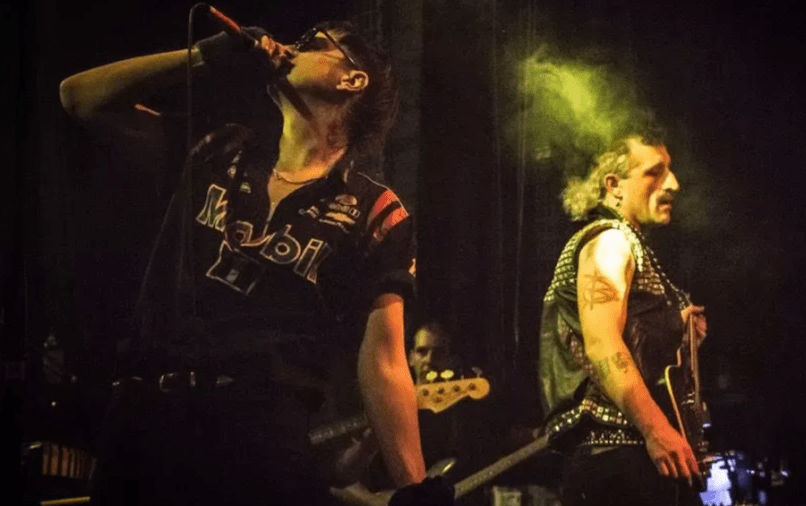 The Voidz, photo by Lior Phillips

If you’re not afraid to get sand on your tuxedo or to let the wind mess up your hair when you let the top down, The Voidz have a track for you. Their new single, “The Eternal Tao”, features a sample of a certain meme-able ’80s video dating tape, as well as a few other wild tricks from Julian Casablancas and the boys.

Kicking off with some single dudes looking for fun, the song quickly doubles down on the weird. Squelching synths and guitars do a satanic dance beneath Casablancas’ voice, itself pushed through a vocoder till it essentially becomes a barrage of lasers. The hook, which sounds at least something like “When I get my time/ I’m standing on my toes,” warps the rhythms to be a bit more catchy, but there’s still plenty of experimental noisemaking going on throughout.

Update: As Pitchfork points out, “The Eternal Tao” was produced by Mac DeMarco and Kirin J Callinan. In a statement, The Voidz’s Jake Bercovici discussed the collaboration:

“One weekend in April we somehow ended up Mac’s house in Silver Lake, and he and Kirin recorded 2 songs we’d been working on. Mac has really dialed his rig and his signal chain is incredibly tasteful. It was interesting to hear ourselves in a foreign sonic atmosphere, because we didn’t bring any of our own gear. Also the songs weren’t really fleshed out at all, and it was great to have their insights and energy injected into the process of finishing them. They’re a dream team to be the studio with. Basically a lot of time fucking around, hunting for tones and vibes that felt cool, sanding down the stones into something more well kempt. We wound up doing a few takes of each song, and then everyone had to leave town the next day. Then we sent it off to the great Ben Baptie to mix & master. Initially, ‘The Eternal Tao’ was born out of some chord and melody ideas Julian brought to the band a few months ago, and everyone put their own input and flavor spins on it and it became its own twisted LSD tinged Nigerian Disneyland of sorts.”

Take a listen to The Voidz’s “The Eternal Tao” below. Ahead of The Voidz’s gig at Governors Ball, they’re playing Brooklyn’s DIY spot Market Hotel; see if you can grab tickets here.