Ten ’80s Acts to Check Out on Tour This Summer

Madonna, Morrissey, Blondie, and "Weird Al" Yankovic all hit the road on tour this summer 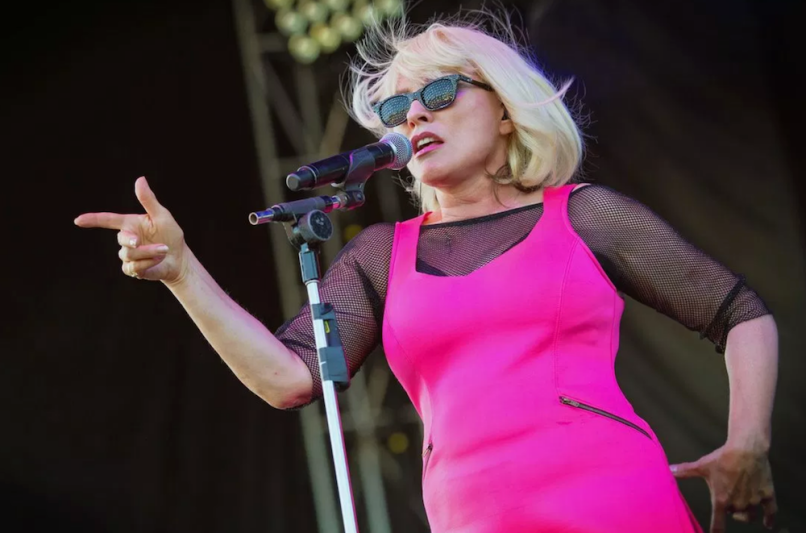 This article is presented by StubHub

There’s a great line in Cameron Crowe’s now-classic film Almost Famous that promises, “If you think Mick Jagger will still be out there trying to be a rock star at age 50, you’re sadly, sadly mistaken.” The joke, of course, was that Jagger was already pushing 60 at the time of that film’s release (2000) and still shaking and strutting across stages to sold-out arenas around the world. Heck, this summer we’re going to see Jagger (a couple months shy of 76) and the ageless Stones do it all over again.

With other classic acts like Paul McCartney, Bob Dylan, The Who, and Roger Waters regularly on the road well past middle age, it’s clear that touring isn’t just about cutting your teeth or trying to get discovered anymore: It’s a veteran’s game. And if the musicians mentioned above can still endure the grind of the road, you had better believe that artists and bands who followed them have taken notes.

(Read: Ten ’90s Acts to Check Out on Tour This Summer)

A couple weeks ago, we highlighted several bands from our ’90s youth that we wanted to check out on tour this summer. Well, we’ve bumped it back another decade this week to highlight 10 acts from the ’80s on tour in the coming months. We’ve also taken the liberty of showing you how to score seats to these shows at StubHub, our go-to source for concert tickets. So, here are ten ’80s bands totally worth checking out this summer.

Don’t worry. They aren’t winding down. If the acts above have taught us anything, these artists might just be getting started.

Elvis Costello and the Imposters with Blondie

Talk about a stacked bill. Entering the ’80s, few bands were putting out as consistently remarkable music as England’s Elvis Costello and the Attractions and new wave New Yorkers Blondie. With the major players in those bands still intact, it’ll no doubt be a night that new wave fans cherish and as close to an ’80s time warp as we may get. Heck, just the possibility of Debbie Harry dueting with Costello makes a ticket to this late July and early August jaunt worthwhile. So, one way or another, get ya get ya get yourself a ticket, or you might end up a fan out of time. –Regan Bexler

Blasts from the Past: “Man Out of Time”, “Veronica”, and “The Tide Is High” (Blondie)

Madonna has done so much and gone through so many phases over the last 40 years that sometimes it’s easy to forget that she was once the biggest pop icon in the world not named Michael Jackson. The best reminder comes whenever the original Material Girl announces a new tour. Seemingly within moments, arenas and theaters around the world start selling out. That’s why longtime Madge fans and virgins alike need to act quickly if they want to be in attendance this September when Madonna takes her Madame X Tour to select American cities. –Regan Bexler

Meat Puppets had major news for fans earlier this year, with the announcement of the first tour featuring the band’s original lineup in 23 years and the release of a brand-new single, “Nine Pins”. The trio featuring Curt and Cris Kirkwood and drummer Derrick Bostrom will reconvene on the road to support the group’s March album, Dusty Notes, which will mark the lineup’s first venture together since their 1995 No Joke! Tour. After nearly two decades apart, Meat Puppets were inspired to get the original band lineup back together after their induction into the Arizona Music & Entertainment Hall of Fame in 2017. The next leg of their highly anticipated return tour starts June 1st and 2nd in Chicago before hopping the Atlantic for a month of dates in Europe. Just in case they decide to take another 20-year hiatus, you might wanna make your travel plans now. –Samantha Lopez

I know what you’re thinking: “The former Smiths singer has canceled or postponed 135 performances since about 2012,” and you have every reason to be skeptical that this line of shows will be any different; however, Morrissey has announced a US tour for late summer, 14 of which dates feature Interpol opening. The tour crosses the States in September and comes in support of his latest covers album, California Son, which came out last week, and his 2017 album of original material, Low in High School. We can all agree Moz could benefit from shutting up, but we can also all agree that his music still speaks to the dark, angst-filled, and sultry teenager in all of us. –Samantha Lopez

Blasts from the Past: “Suedehead”, “Sing Your Life”, and “Everyday Is Like Sunday”

New Kids on the Block (The Mixtape Tour)

It’s been a while since they were newbies in their neighborhood, but that doesn’t mean millions of fans in their 30s and 40s don’t remember New Kids on the Block. Progenitors of the modern-day boy band dynamic, The Backstreets Boys, N’Sync, One Direction, BTS, and even Brockhampton (if they wanna be dubbed a boy band) all owe a debt to these Boston boys who were (and still are) wicked talented, wicked instep, and wicked cute. If you were one of those millions of teens who bought the albums, hung the posters, and sighed through the crushes, the New Kids will continue their Mixtape Tour across the States and Canada through mid-July. They’re hangin’ tough, and you could be, too. –Regan Bexler

Earlier this month, Nick Cave announced he was gracing North Americans once again with his “Conversations” tour. The dates will follow his European summer excursion and hit the US in the final days of summer. Formerly of the post-punk collective The Boys Next Door/The Birthday Party, Cave defines what it means to be a renaissance man. Not only is he known for his musicianship, but he is also a successful screenwriter, author, and actor. However, the frontman of The Bad Seeds is perhaps most recognized for exuding his passionate perspective on a wide variety of relatable topics throughout his music, including love, death, religion, and violence. The “Conversations” tour will consist of intimate Q&A discussions between himself and his fans while he also performs some of his biggest hits on the piano. Cave has expressed that this particular concert experience will be considered an “exercise in connectivity” and frankly promises to be a conversation you won’t want to miss. –Samantha Lopez

Blasts from the Past: “Red Right Hand”, “Into My Arms”, and “Where the Wild Roses Grow”

If you were to dissect today’s alternative rock music, you’ll find that much of it pays homage to The Psychedelic Furs. Led by vocalist and songwriter Richard Butler and his bass-wielding brother, Tim, the Furs scored major hits with “Love My Way”, “Pretty in Pink”, “Heaven”, “The Ghost in You”, and “Heartbreak Beat” while releasing seven studio albums, spawning several compilations, including a boxed set and a live concert DVD. Born out of the post-punk UK rock scene, the Furs quickly developed as one of the premiere bands on US College and Modern Rock radio, scoring a multitude of No. 1 singles. With the invention of MTV in the early ’80s, the band took off into the stratosphere, and when John Hughes approached the band with his film built around the Furs’ song “Pretty in Pink”, the band’s legacy was forever sealed. The Psychedelic Furs touring lineup remains its original, and to really revel in a shared nostalgia for the ’80s and everything Molly Ringwald, the band is currently on a very special co-headlining tour with fellow UK icon James. As John Hughes might say, it sure to be aces. –Samantha Lopez

Blasts from the Past: “Love My Way”, “The Ghost in You”, and “Pretty in Pink”

Nobody owned the ’80s quite like Michael Jackson and Madonna, but some may forget that Sting was only a breath or two behind them. After releasing Synchronicity — one of the most successful pop albums of all time — The Police disbanded, and Sting went on to contribute to Live Aid and start an impressive string of hit solo records. While fans who catch Sting in Europe or across scattered US dates can expect to hear songs spanning his catalog, no doubt some of those ’80s tunes will especially be able to penetrate the fortresses around their hearts. –Regan Bexler

Blasts from the Past: “Every Breath You Take”, “If You Love Somebody Set Them Free”, and “Fortress Around Your Heart”

It’s hard to pin an era to “Weird Al” Yankovic. While he did get his real break parodying the King of Pop, Michael Jackson, right at the outset of MTV’s rise to pop-culture domination, every batch of teens since has had Al there to sing silly songs and send up the biggest radio hits of their day. So, nobody will be surprised when Yankovic’s 2019 “Strings Attached Tour” will see see the nerdy songster donning an ’80s leather-clad fat suit one moment, a Kurt Cobain ensemble the next, and later on even a Jedi robe circa the Star Wars prequels. However, what might surprise fans is that in addition to the usual costume changes, props, videos, and backing band, Yankovic will have a full symphony orchestra available to him at each venue. The strings commence in early June and will play Al across the States and Canada straight through August. –Regan Bexler

Yo La Tengo have been working uninterrupted for 30 years and counting on a career that is unparalleled in its creative endeavor and refusal to rest on laurels. Ira Kaplan, Georgia Hubley, and James McNew have enjoyed success entirely on their own terms – playing the world’s best concert halls, museums, and dives, collaborating with everyone from Homer Simpson to Ray Davies, from Chris Elliott to Yoko Ono, portraying the Velvet Underground in I Shot Andy Warhol, and composing scores for Adventureland and the films of Jean Painlevé, and even creating a holiday tradition unto themselves with their series of Hanukkah shows at Hoboken, New Jersey’s legendary club Maxwell’s Yo La Tengo are an example of the “seemingly effortlessly cool kids” who’ve just stayed cool. Join them in their little corner of the world this summer. –Samantha Lopez

Blasts from the Past: “My Little Corner of the World”, “Our Way to Fall”, and “Autumn Sweater.”