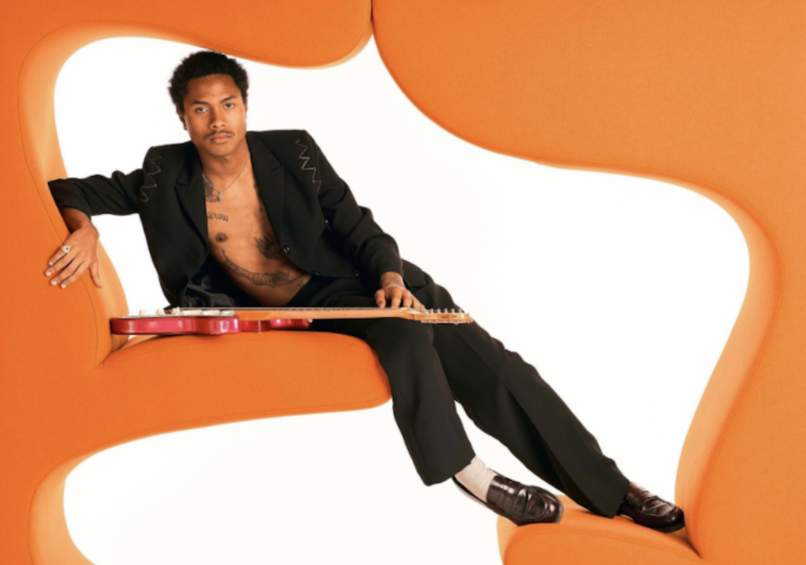 The Internet member Steve Lacy has dropped his debut album, Apollo XXI. It’s streaming in full below via Apple Music and Spotify.

Lacy first grew to fame as a guitarist in The Internet before he started to put feelers out for his own music. In 2017, he released the aptly titled Steve Lacy’s Demo where he got his feel for things. On Apollo XXI, his first official debut album, Lacy finds his own voice within the R&B world, fusing together elements like indie rock guitar, lo-fi production, and cheeky synth. The 12-track album clocks in at 43 minutes.

(Read: The 10 Most Anticipated Hip-Hop and R&B Albums)

In advance of the album, Lacy shared four singles. The first, “N Side”, arrived with a karaoke video in tow before he had even announced the album. Then came “Outro Freestyle” and “Playground”, which he imbued with that lo-fi flair and indie guitar charm while still focusing on his R&B songwriting. Immediately after, he shared “Playground”, which was co-written by Jesse Boykins III.

Even beyond his solo work, Lacy has been on a creative high these past months. Over the last two years, he has contributed to new albums from Solange, Tyler, the Creator, Kali Uchis, and Vampire Weekend.

The Internet’s last album was the impressive Hive Mind from 2018. The group is expected to perform at this month’s Governors Ball in New York and the North Sea Jazz Festival in the Netherlands later this summer. Grab tickets here.