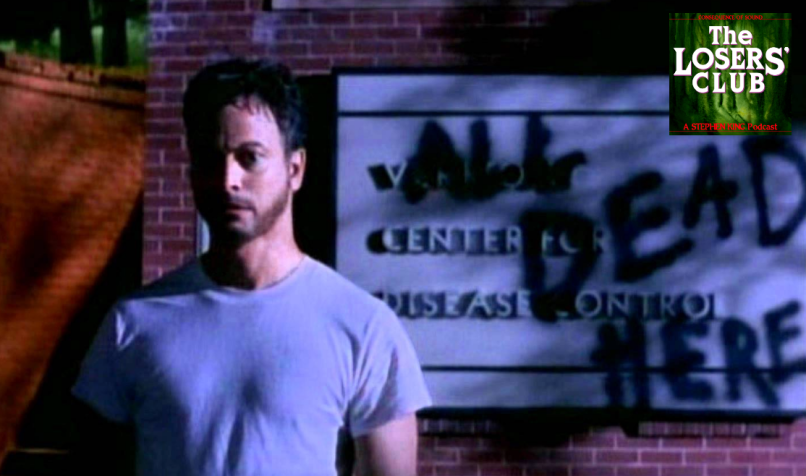 Gary Sinise in The Stand (ABC)

“It’s the end of Las Vegas, Tommy. And the end of Randall Flagg… if God is good.”

Constant Listeners, step away from the bookshelf and head to your living room. There’s a television buzzing about. Look closely and you might even recognize a few faces on the screen: Gary Sinise! Molly Ringwald! Rob Lowe! Feel free to take a seat, grab a Lone Star, and waste an afternoon away with everyone you’ve just read about.

Twenty-five years ago, director Mick Garris brought Stephen King’s 1978 apocalyptic epic, The Stand, to living rooms across the world to widespread acclaim. In celebration, the Losers’ Club has remastered and dusted off their spirited 2017 interview with both Garris and legendary composer W.G. Snuffy Walden, who offer incredible anecdotes.

What’s more, the Losers offer their own thoughts on the four-part miniseries, sharing their love for the incredible ’90s cast, the bluegrass score, and, yes, the Rat Man himself. They also Marvel’s comic book adaptation and put together a cast and crew for a new series.