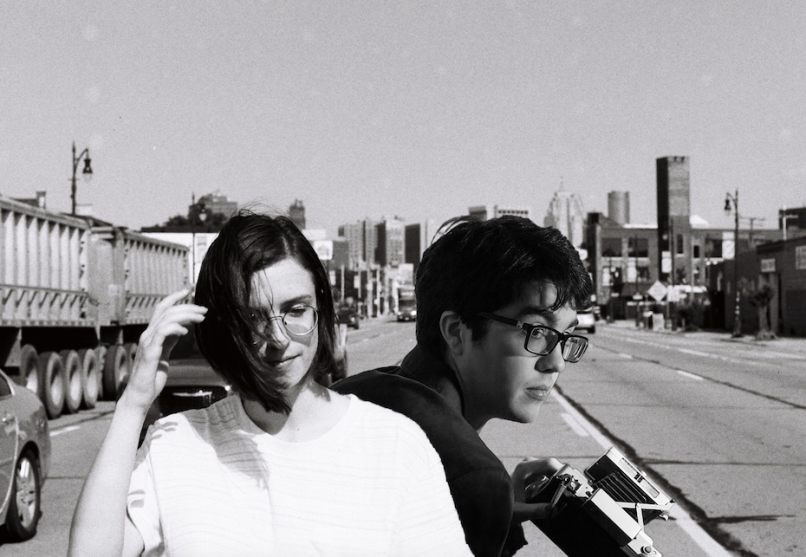 Stef Chura’s forthcoming new album, Midnight, isn’t just produced by Will Toledo, it also features him heavily. The Car Seat Headrest mastermind collaborated closely with Chura on the majority of the LP’s tracks, and can be heard almost everywhere. He’s never more present, however, than on the sort-of title track, “Sweet Sweet Midnight”.

The latest single from the effort is a duet between the two, with Toledo also contributing guitar, bass, and synth to compliment Chura’s own six-string. Described by the latter as the most collaborative effort between Will and I,” “Sweet Sweet Midnight” pushes Chura’s songwriting into adventurous new territory. As she further explained in a press statement,

“The chorus and guitar riff are something I had been playing with for a while after a close friend of mine died. We built the song off of the chorus keeping the theme of death, light and dreaming. While we were in the studio Will had a dream about Taylor Swift singing a song called ‘Jordi’ and that became the muse of the songs verses. One of my favorite moments from making this record was when we recorded the yelling section of this song. Will just got on the mic at random and started recording the loudest howl. I was like ‘this is psycho…wtf is he doing in there…’ As soon as he finished, he came out of the booth, looked at me and said, ‘Ok, now your turn.’ The ending vocal was a one-take track based on the day that my friend died. He was on vacation and he texted me he was coming home the next day and he never did.”

Take a listen to all the howling below.

Previously previewed with the singles “Method Man” and “They’ll Never”, Midnight is due out June 7th. Chura will support the effort on full summer tour, and you can find tickets here.

Previous Story
BTS perform “Boy With Luv” and “Fire” on Good Morning America: Watch
Next Story
The National perform “You Had Your Soul with You” on Colbert: Watch
Popular
More Stories
[fu-upload-form form_layout="media" title="Submit Your Photo"][input type="hidden" name="ugc" value="1"][/fu-upload-form]