Tom Holland offers a PSA on major spoilers ... and he's not wrong 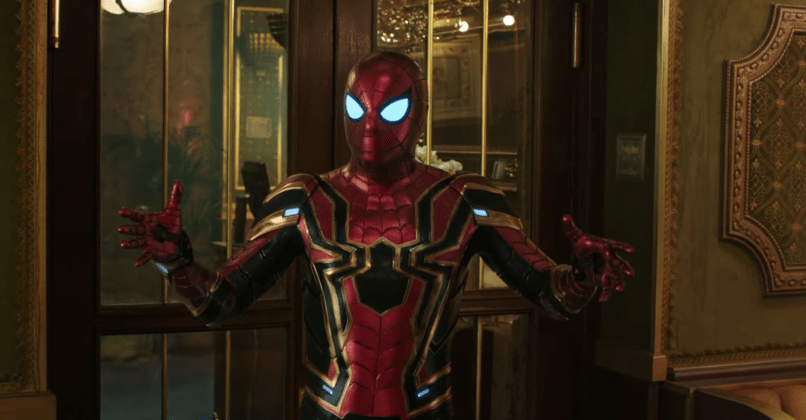 Now that Avengers: Endgame has decimated box office records, Marvel can focus on its next chapter, Spider-Man: Far From Home, which just received a new trailer this morning.

The latest glimpse at the Homecoming sequel shoulders Peter Parker with all the weight that comes from the aftermath of Endgame. So much so that actor Tom Holland even warns about major spoilers within of which there are many. Oh, so many.

So, if you haven’t seen Endgame— maybe you’re just avoiding crowds? — it would behoove you to stay far away from this trailer. However, if you have, you’ll get an idea on what’s to come, specifically the relationship between Parker and Quentin Beck (Jake Gyllenhaal).

Watch below and get your tickets now!

“Peter Parker returns in Spider-Man: Far From Home, the next chapter of the Spider-Man: Homecoming series! Our friendly neighborhood Super Hero decides to join his best friends Ned, MJ, and the rest of the gang on a European vacation. However, Peter’s plan to leave super heroics behind for a few weeks are quickly scrapped when he begrudgingly agrees to help Nick Fury uncover the mystery of several elemental creature attacks, creating havoc across the continent!”

Previous Story
Album Review: Tank and the Bangas Struggle to Maintain Their Lovable Weirdness on Green Balloon
Next Story
Starbucks made a cameo on last night’s Game of Thrones and fans are drinking it up: Watch
Popular
More Stories
[fu-upload-form form_layout="media" title="Submit Your Photo"][input type="hidden" name="ugc" value="1"][/fu-upload-form]