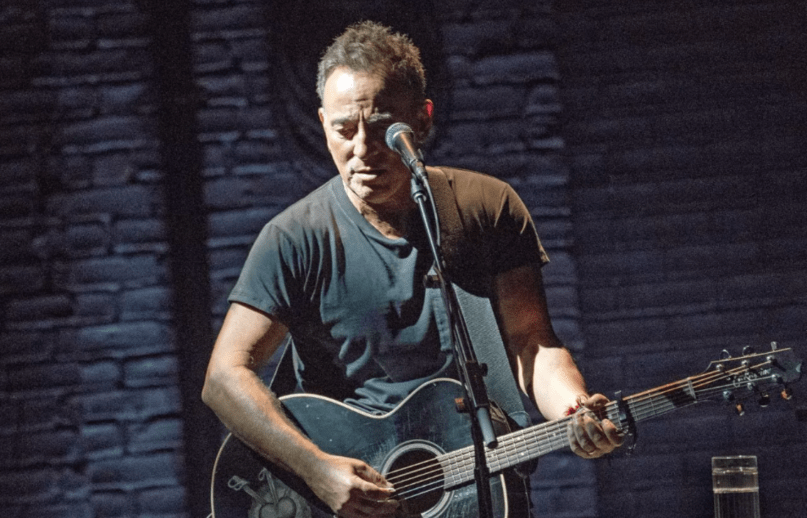 With his first track in five years, Bruce Springsteen sounds like he’s been sitting in a comfy chair for at least three of them. “Hello Sunshine” is firmly laid back and fits more in the folk realm than rock. With some sun-drenched pedal steel laid overtop a gentle shuffling beat, Springsteen sounds like he’s musically satisfied with his immediate surroundings. As the lyrical content goes, it’s clear Springsteen is jaded by the world. What else is new? “Had enough of heartbreak and pain/ I had a little sweet spot for the rain,” Springsteen sings. Speaking of the vocal delivery, the storied songwriter sounds even bassier than usual, with an inviting croak throughout.

“Hello Sunshine” ultimately reflects Springsteen’s age, career, and musical arc. For a man pushing 70, The Boss brings a reflective and calming piece of folk that pleases more than bores. Springsteen isn’t trying to be something he’s not, and that’s what his audience has always loved about him.

In a career that has spanned decades, Mark Mulcahy has only grown more audacious with time. His pitch-perfect, new single is a rousing and reflective moment that is hard to ignore. Its heartland guitar soul keeps the whole production grounded, but Mulcahy leaves everything unreserved to a powerful degree. Unlike what the title of the song suggests, Mulcahy isn’t afraid to take small risks that pay off this well. –Brad Dountz

Gritty beats and a restrained template, ScHoolboy Q dives into all the problems growing inside his mind. Blasting off topics like fatherfood, wealth, and his past, ScHoolboy Q’s message is a loud-and-clear tour de force that cements his place in the rap hierarchy. Kendrick Lamar’s input acts as the reliable anchor that gives everything else so much weight. –Brad Dountz

“Read My Mind” showcases most everything that makes this Australian rock group standout among its dreamy indie counterparts. While this track does stray somewhat close to Real Estate territory, the excellent production and tight performances make it a track worth revisiting. –Parker Reed

How hard is it to find an actor in Hollywood who can hold themselves up to singing the legendary Elton John’s timeless songs? Very. But thankfully, Taron Egerton exists. Egerton leans into the almost impossible task of interpreting Elton’s catalog for his new biopic, and he truly soars. Egerton’s voice has the same vulnerability and small whimsy of Elton’s, without sounding like a direct impression. Egerton proves he was born for this role and it’s hard to argue against it. –Brad Dountz

Stef Chura’s voice is a weapon, and “They’ll Never” confirms yet again that she knows how to wield it. The Detroit rocker’s newest single off of upcoming album Midnight is a tireless affirmation of the spirit of enduring independence at the heart of indie rock; its crowed line, “They’ll never tear this place apart,” feels like a reassurance to a good friend as much as a war cry. –Laura Dzubay

Charles Bradley – “Lonely as You Are”

“Lonely as You Are” is hard to listen to, but only in the way that great songs are. Recorded months after Charles Bradley was diagnosed with stomach cancer, the posthumous release revives the late master’s soulful vocals against a soft atmosphere of backing instruments, delivering heartfelt lines about Bradley’s faith and expectations of reuniting with his loved ones in heaven. The closing lines, “I love you and this is from Charles Bradley/ Hope this one day gets out to the world,” feel like an all-too-fitting end.  –Laura Dzubay

It’s great to have a nice summer soundtrack, and “Century” could be the first track you put on it. Adrianne Lenker’s sobering vocals demonstrate a capacity to hold something back even when you’re being open. A perfect companion for a lazy afternoon, “Century” is easy listening that leaves a ghostly mark. –Brad Dountz

“Unbearably White” offers the perfect final glimpse into the newest grand project of an album Vampire Weekend has created. Its groovy, stripped-back feel, one glimmering veil of production away from acoustic, aptly matches its lyrics about snow-covered peaks, avalanches, and notebook pages being “unbearably white.” –Laura Dzubay

“Hairpin Turns” is a National track through and through. Its lumbering, adjacent piano-led groove is a territory that the New York art-rockers are comfortable in. Vocalist Matt Berninger is accompanied by longtime David Bowie band member Gail Ann Dorsey on vocal duties for maximum storytelling potential. —Parker Reed