Song of the Week: Faye Webster Draws Listeners Close on “Right Side of My Neck” 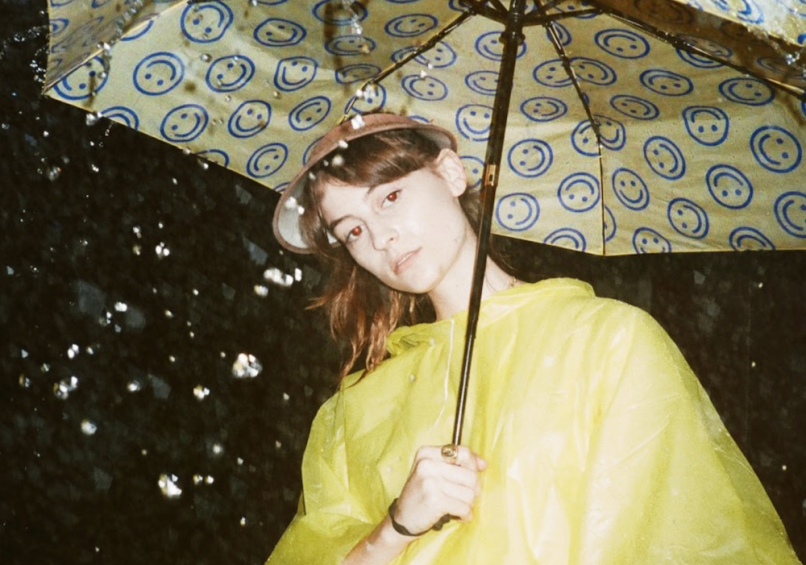 Intimacy can be a difficult thing to effectively convey through songs. Vocals and music need to meet at the right cross section to bring in a listener and keep them there. Atlanta’s folk/R&B fusionist Faye Webster deftly combines those elements to create songs like “Right Side of My Neck”, which are able to lure listeners in and maintain an immediacy that keeps them from drifting away. “Right Side of My Neck” initially feels timeless, but also endlessly benefits from being a 2019 release, building on songwriting and production tips from a breadth of artists from the past half-century. Webster’s glowing pedal steel is center stage here, soaking the arrangement in warmth. The lyrical offering is limited, yet effective, speaking of a person’s haircut and their ability to charm their way out of paying for said service. And the specific description of “The right side of my neck still smells like you” is so enticing that, when paired with the close-to-the-mic vocal performance, you’ll feel as if you’re in the room with Webster.

Cosmic soul runs deep in this superb collab between the white hot Anderson .Paak and the iconoclastic Flying Lotus. The consistent drumbeat acts like the spine to the strange and dreary textures Flying Lotus brings to the table. Inhabiting strange worlds doesn’t seem too intimidating for these guys, especially when they are assisted by the wonderful Thundercat. In preparation for his 27 track studio album, Flying Lotus feels like he’s most at home when he’s off on another planet. –Brad Dountz

Unfolding like a poem, Jamila Woods’ gnarly R&B powerhouse steals your attention with the best intentions. “It’s a casual violence in your speech and your silence/ It’s unnatural science, you too comfortable lying” could be directed at a romantic partner or even a politician, but a little ambiguity can go a long way. Triumphant horns and trap motifs combine to give the listener a contact high, and it’s pretty clear that Woods is a master at invoking her messages to the masses. –Brad Dountz

Mac DeMarco – “On the Square”

Mac DeMarco is sounding more defined than ever on “On the Square”. It’s still dreamy, swirling, and slightly psych-influenced, but Mac’s up-the-middle performance on this Here Comes the Cowboy cut are reassuring to the listener that he is still fully aware and able to sound distinct and fully hone his style even on LP four. –Parker Reed

Michael Stipe – “Drive to the Ocean”

Even in a slightly grainy video from one of his concerts, you can still feel the power Michael Stipe exults when he performs. One of his newest songs is elevated from his unique stage performance and idiosyncratic vocal style. His symbolic lyrics touch on society, politics, and nature, all while wrapped around a somber stage. It’s exciting to see what could be added to the studio version. –Brad Dountz

slowthai – “Nothing Great About Britain”

“Nothing Great About Britain” brims with interesting stylistic choices, from the appealingly off-kilter beat to Slowthai’s decision to accentuate and exaggerate his own British accent. He eschews national identity in this downbeat rap, fusing punk influences with UK slang and references to famous and oft-glorified figures like Kate Middleton and Queen Elizabeth. –Laura Dzubay

Canadian trio Operators is pulling just as much from Future Islands as they are from U2 on “I Feel Emotion”. This synth-led piece of pop benefits from vocalist Dan Boeckner of Wolf Parade’s commanding rich tenor. The listener is submerged in layers of synth with an urgency that will keep the thought of neon lights and nylon alive in the back of their mind. –Parker Reed

In this rollicking blast, Denzel Curry reflects on his childhood and the lessons he’s learned to get where he is now. Perfect for a summer cookout playlist, the lively production makes it impossible to sit still while listening to it. Gritty without being nauseous, but not too sleek, Curry’s waltz down memory lane should not be ignored. –Brad Dountz

“Midnight Sun” is just the type of calming acoustic folk one might expect at the intersection of Calexico, with their lyrical prowess and indie rock expertise, and Iron & Wine, with his affinity for levelly paced and poetic folk music. A cohesive addition to previous single “Father Mountain”, “Midnight Sun” is an inviting lullaby that evenly favors both of its collaborating artists. —Laura Dzubay