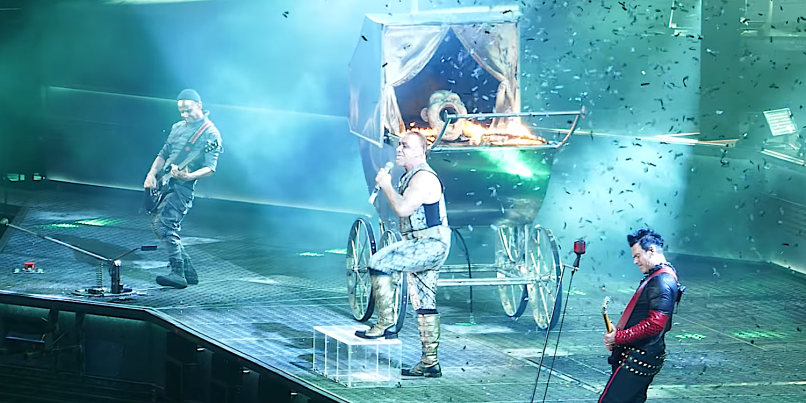 After playing a couple of fan-club-only rehearsal shows on May 24th and May 26th at Veltins-Arena in Gelsenkirchen, Germany, Rammstein officially kicked off their 2019 European tour with a 23-song setlist at the same venue on Monday night (May 27th).

The band played nine songs off their new untitled album, and even played two versions of the first single, “Deutschland”, including a remix by guitarist Richard Kruspe. Other new songs included “Ausländer”, “Diamant”, “Puppe”, “Radio”, “Sex”, and more.

The band’s signature hit, “Du Hast”, came 15 songs into the set, with other older favorites like “Sonne”, “Rammstein”, “Mein Teil”, and the set-closing “Ich Will” also among the set’s highlights.

As expected of Rammstein, the stage setup was quite elaborate, with tons of pyro and props. Fan-filmed video of a handful of songs can be seen below.

Rammstein continue their European tour with another show at the same venue, Veltins-Arena, tonight (May 28th). The trek runs through an August 23rd show in Vienna, Austria.