The veteran English-American actor passed away surrounded by his family 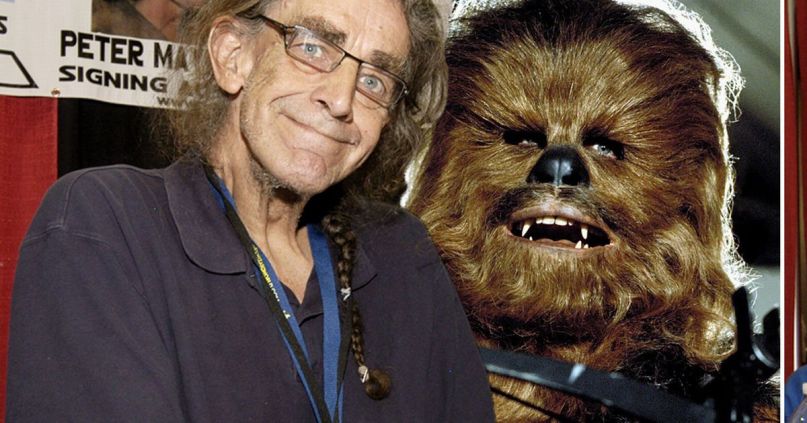 His family confirmed the news this afternoon on his official Twitter account, where they reported he died in his North Texas home on April 30th. A cause of death was not immediately disclosed. Update: TMZ reports that Mayhew died from a heart condition.

According to the family’s statement, a private memorial will take place on June 29th with a gathering for fans to follow this December at EmpireConLA.

Mayhew, who stood 7 feet and 3 inches, nabbed his first film role as a minotaur in 1976’s Sinbad and the Eye of the Tiger. The producers discovered him in a newspaper article about men with large feet.

However, his true calling came the following year when George Lucas discovered Mayhew working at King’s College Hospital in London. His height and ability to tower over David Prowse as Darth Vader landed him the role as Chewbacca.

It wasn’t until 2017’s The Last Jedi that he handed over the role to basketball player turned-actor Joonas Suotamo, who has since continued the role in last year’s Solo: A Star Wars Story and this year’s Star Wars: The Rise of Skywalker.

Outside of Star Wars, Mayhew had a minor role in the 1978 horror flick Terror, lent his voice to 2004’s Dragon Ball GT: A Hero’s Legacy, and had also starred in five episodes of the BBC educational program Dark Towers.

Throughout the mid-aughts, Mayhew suffered myriad health issues. In 2013, he underwent double knee replacement surgery and was later hospitalized for pneumonia in 2015. Last July, he underwent spinal surgery in an attempt to improve his own mobility.

Prior to his passing, Mayhew had established the Peter Mayhew Foundation, a nonprofit organization devoted to the alleviation of disease, pain, suffering, and the financial toll brought on by life’s traumatic events. They accept donations.

Mayhew is survived by his wife, Angie, and three children.

“Peter Mayhew was a kind and gentle man, possessed of great dignity and noble character. These aspects of his own personality, plus his wit and grace, he brought to Chewbacca. We were partners in film and friends in life for over 30 years and I loved him. He invested his soul in the character and brought great pleasure to the Star Wars audience.

“Chewbacca was an important part of the success of the films we made together. He knew how important the fans of the franchise were to it’s continued success and he was devoted to them. I and millions of others will never forget Peter and what he gave us all. My thoughts are with his dear wife Angie and his children. Rest easy, my dear friend.”

His sentiments were also followed by George Lucas, who wrote, “Peter was a wonderful man. He was the closest any human being could be to a Wookiee: big heart, gentle nature … and I learned to always let him win. He was a good friend and I’m saddened by his passing.”

In the wake of his passing, his other many-costars and collaborators have offered their respects…

The family of Peter Mayhew, with deep love and sadness, regrets to share the news that Peter has passed away. He left us the evening of April 30, 2019 with his family by his side in his North Texas home. pic.twitter.com/YZ5VLyuK0u

He was the gentlest of giants-A big man with an even bigger heart who never failed to make me smile & a loyal friend who I loved dearly-I'm grateful for the memories we shared & I'm a better man for just having known him. Thanks Pete #RIPPeterMayhew #Heartbroken @TheWookieeRoars pic.twitter.com/8xbq9HEWF2

Much more than Chewie to me…My heart hurts…I will miss you my dear friend…thanks for the great memories! #RIPPeterMayhew #StarWars pic.twitter.com/0DfCo59zpG

RIP Peter Mayhew. To create a beloved character with warmth and humor is a testament to any actor’s spirit. To do it under a half ton of yak hair takes a true legend. ❤️❤️

The @WaltDisneyCo mourns the loss of our beloved #chewbacca portrayer, #PeterMayhew. Peter was larger than life in so many ways…a gentle giant playing a gentle giant. Rest in peace.