Jean-Luc Picard has been given a promotion 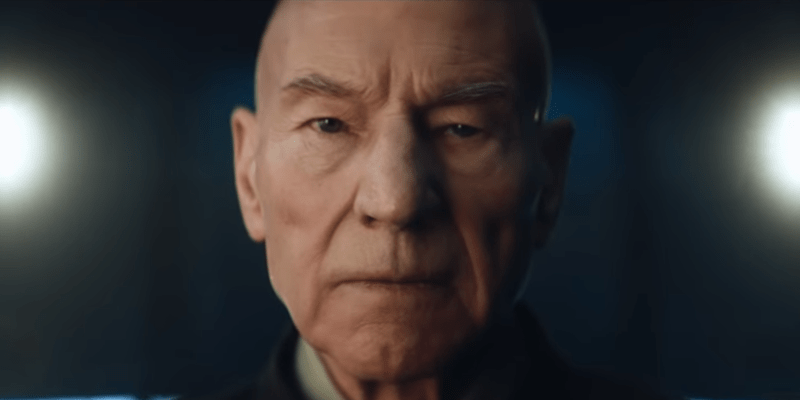 All good things must come to an end, but the end is only the beginning.

That’s the paraphrased caption for the new teaser trailer to Star Trek: Picard, which sees Sir Patrick Stewart return to his iconic role as Captain of the Starship Enterprise, Jean-Luc Picard. As the first preview for the CBS All Access show reveals, though, it seems Picard has been given a promotion.

Or at least, he had, before some unknown event caused his retirement. The teaser offers some beautiful shots of what turns out to be the Picard family vineyard in France, where they produce Chateau Picard. It seems after making Admiral, something occurred that caused Jean-Luc to retire to a simpler life. It’s not clear what exactly the incident might be, though there is an explosion as the voiceover mentions “the unimaginable;” this may hint at the destruction of Romulus, the last major incident of the main Star Trek continuity, which launched the universe of J.J. Abram’s 2009 reboot. (Executive Producer Alex Kurtzman mentioned that “the destruction of Romulus will play into the series” to TV Guide earlier this month.)

Whatever the case, something new has clearly reignited Starfleet’s interest in Picard, and we can’t wait to see what brings him back into the fold. There’s no premiere date yet for Star Trek: Picard, though it’s expected to debut on CBS All Access later this year. Check out the teaser below.