Michael Stipe debuts new songs “Your Capricious Soul” and “Drive to the Ocean” in NYC: Watch 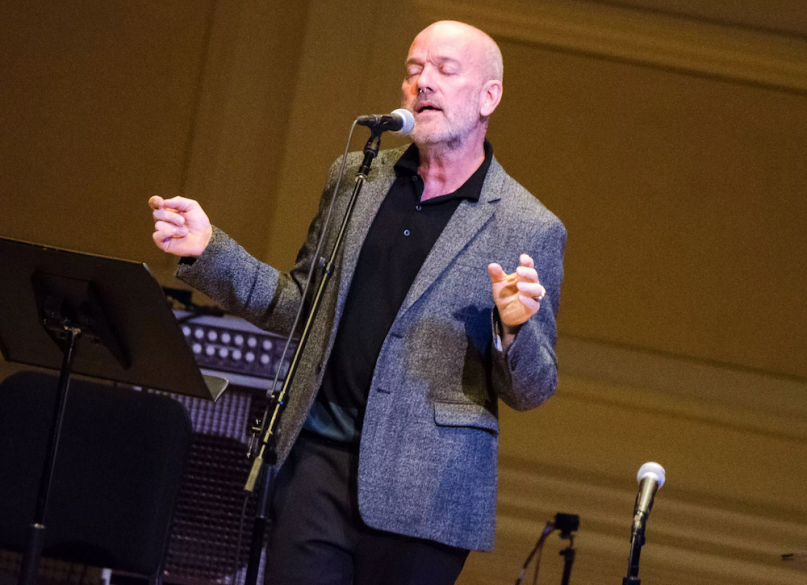 Opening for headliner Patti Smith on May 1st and May 2nd, the R.E.M. frontman packed three new songs into his abridged 15-minute sets. Assisted by past collaborator and musician/producer Andy LeMaster (Bright Eyes), Stipe performed tracks titled “Your Capricious Soul” and “Drive to the Ocean”. He also did an as-yet-untitled number which featured the line “showed up to a party box in my hand.”

(Read: Ranking: Every R.E.M. Album from Worst to Best)

These three songs were actually debuted at a benefit show last month at NYC’s American Museum of Natural History, but the Webster Hall gigs mark the first time they’ve been captured on video.

Check out fan-caught footage below.