The rapper also speaks about his "Da Mystery of Chessboxin'" verse 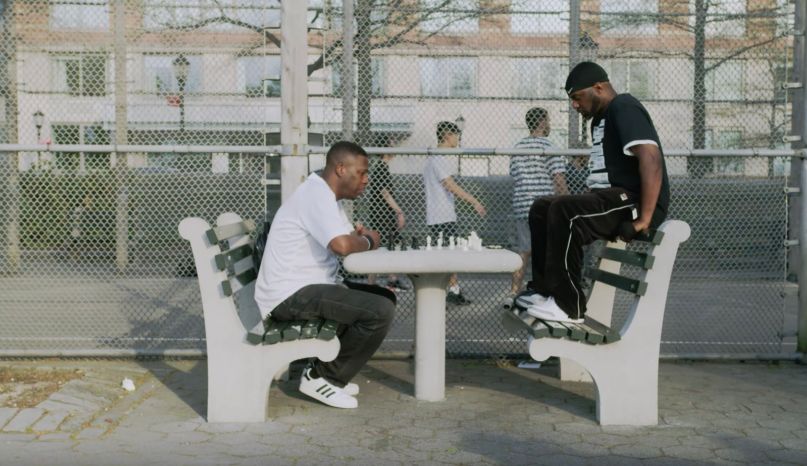 Today, Wu-Tang Clan dropped their new Of Mics and Men EP, coinciding with the release of the second episode of their Showtime docu-series of the same name. Ahead of the episode’s airing, Mass Appeal has debuted a new clip as part of its Hidden Chambers series, which features bonus scenes from the documentary.

The video begins with Masta Killa and GZA playing chess in a New York City park, with GZA spitting a few of RZA’s lines from Method Man’s “Mr. Sandman” as he contemplates his move. However, the majority of the bonus scene focuses on Masta Killa, with the MC speaking on his origins joining the Wu-Tang Clan.

“I was basically leaving the hustle in life. You know, going to night school, striving to get a diploma, and transitioning to a legitimate life style,” he notes in the clip. “That’s where my life was at, at that point when I met GZA.”

(Read: TV Review: Of Mics and Men Canonizes the Legend of the Wu-Tang Clan)

The rapper then talks about how he initially declined an invitation from GZA to join the others in the studio. When he heard what the collective had been working on — an unfinished demo of “Protect Ya Neck” — MK explains “everything just became crystal clear.” He continues,

“I never missed another studio session after that. It inspired me to sit down; ‘Let me just see if I can write something.’ I’ve never written a rhyme before this, so that’s what I did. I basically rehearsed that one rhyme, that one rhyme, until I mastered it.”

The rhyme Killa worked so hard to master? The verse would go on to be included on “Da Mystery of Chessboxin'”.

Watch the bonus clip below.

Of Mics and Men is a four-part documentary from director Sacha Jenkins (BURN MOTHERF*CKER, BURN!). The series dives into the history of the Wu-Tang Clan, crafting an intimate family portrait of the legendary hip-hop act while offering poignant socio-cultural commentary. Tune into Showtime on Fridays at 9:00 p.m. ET to catch Of Mics and Men, or stream it now.