Mashup of Slipknot and The B-52s somehow sounds right: Stream 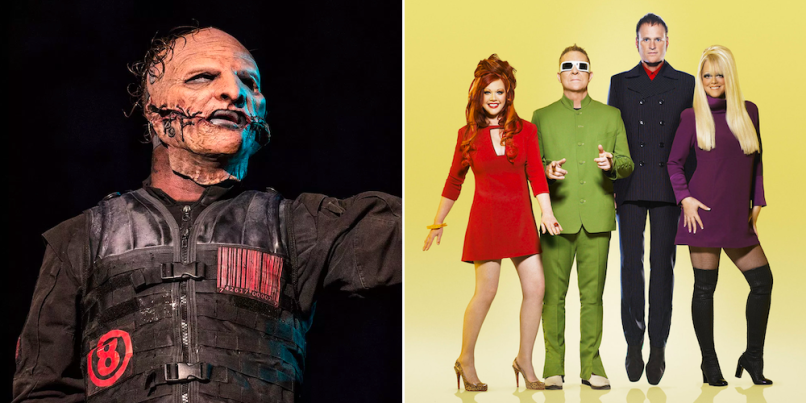 Slipknot, photo by David Brendan Hall / The B-52s, via TheB52s.com

Perhaps it took a few hits from a bong to come up with the idea to combine Slipknot’s “Before I Forget” and The B-52s’ “Love Shack” into a mashup called “Slipshack”, but wherever the notion came from, it somehow works.

YouTuber Bill McClintock has created a whole channel devoted to bizarre mashups, and his latest creation takes the Iowa metal act’s single from their 2004 album Vol. 3: (The Subliminal Verses) and melds it with The B-52s’ 1989 hit, while randomly adding Zakk Wylde’s solo from Ozzy Osbourne’s “I Don’t Wanna Stop”. The clip also combines concert footage from Slipknot, The B-52s, and Wylde to match the audio (watch below).

The mashup comes as Slipknot get ready to play their first gig of 2019 when they perform May 17th on Jimmy Kimmel Live. The band, which is set to release an as-yet-untitled new album on August 9th, will then embark on a European tour in June, and their “Knotfest Roadshow” North American trek with Volbeat, Gojira, and Behemoth in late July. Pick up tickets to Slipknot’s upcoming shows here.