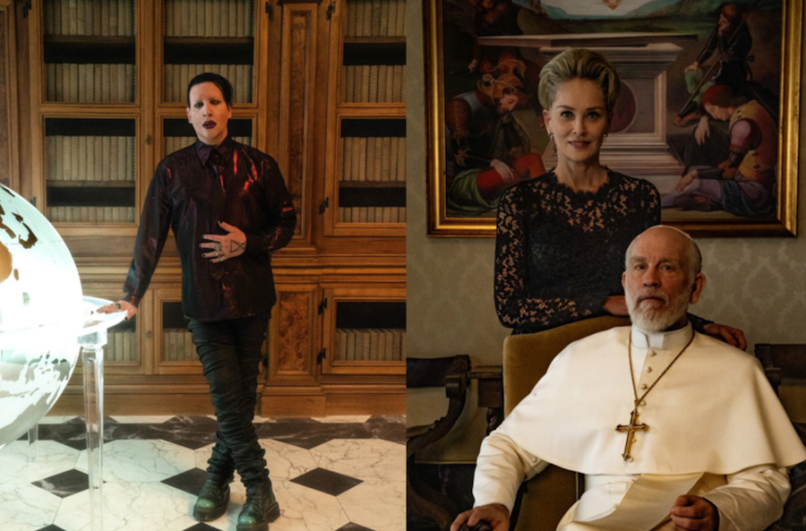 Marilyn Manson is just a few weeks away from kicking off his “Twins of Evil: Hell Never Dies Tour” with Rob Zombie. But before heading on the road to the Devil, he’ll be getting closer to God, as it’s been revealed he has a guest spot in HBO’s forthcoming The New Pope.

The series is Paolo Sorrentino’s anthology sequel to his hit limited series The Young Pope. This time around, there will be two Popes, one being played original (and Golden Globe-nominated) star Jude Law and the other portrayed by John Malkovich.

(Read: HBO’s The Young Pope: Don’t Believe Everything You Meme)

Whom exactly Manson will be playing is not yet known, though a first-look at his character suggests he won’t exactly be one of the show’s more religious figures. Also joining the cast is Sharon Stone, who is pictured standing behind Malkovich’s older Pope.

Principal photography has already wrapped on the new series, but HBO has yet to give it an airdate. In the meantime, check out the shots of Manson and Stone below.