Duke Caboom is the over-the-top hero this sequel deserves 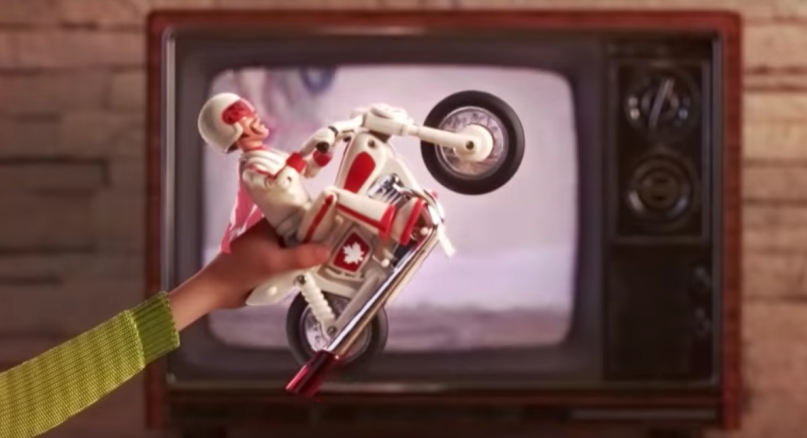 For awhile now, we’ve been wondering who the hell Keanu Reeves would be playing in Toy Story 4. Now, after multiple teasers and trailers, we have an answer, and it’s in the form of a 30-second TV spot that nearly doubles as an in-world TV spot.

As you’ll see ahead, Reeves is playing Duke Caboom, a goofy Canadian stuntman in the vein of Evel Knievel, who rides motorcycles and does all sorts of tricks. Reeves only gets a few lines, but c’mon, that name alone screams genius.