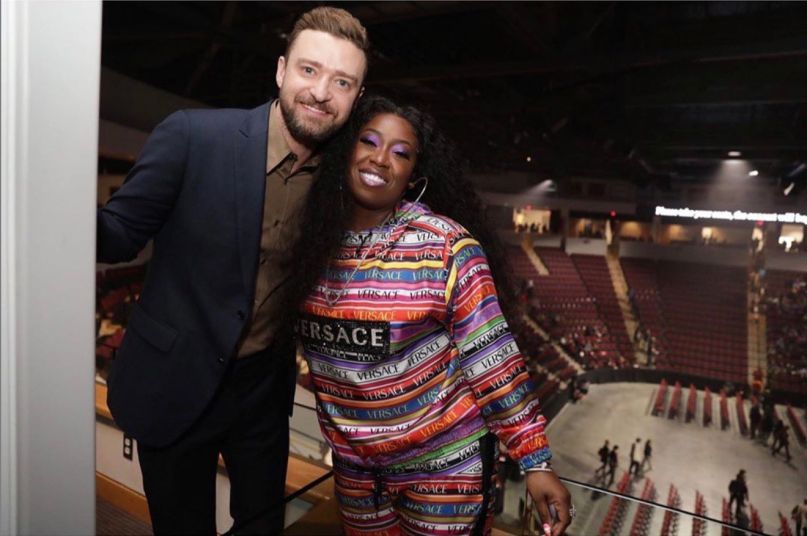 On Saturday, May 11th, Berklee College of Music celebrated the graduation of their class of 2019. Also on hand were Justin Timberlake and Missy Elliott, both of whom received honorary doctorates in music from the prestigious music institution.

Donned in traditional caps and gowns, the two music icons spoke during the graduation ceremony, offering their best wishes and congratulations to the graduating class. Timberlake spoke first, joking about his new status as a doctor (“I was saying earlier, I don’t do surgeries, but I could probably work out some prescriptions!”) and offering advice (“You’re defined by what you define failure as. It’s not a thing if it leads you to your success. It’s all part of the journey.”)

Elliott — who is the first hip-hop artist to receive an honorary degree from the college — burst into tears after receiving her degree, eliciting a standing ovation from the faculty and students. During her talk, she spoke about the difficulties she faced during her career, including her Graves disease diagnosis in 2011.

Watch both pioneering artists’ speeches below, and check out their celebratory Instagram posts.

No Dream is too big!!! Keep chasing!!! Trust me… I’m a DOCTOR!! 🤣👨‍🎓 But, for real… THANK YOU to @berkleecollege for this incredible honor—I’m very humbled and grateful.