The collective last released an album 16 years ago for 2003's Volume 10: I Heart Disco 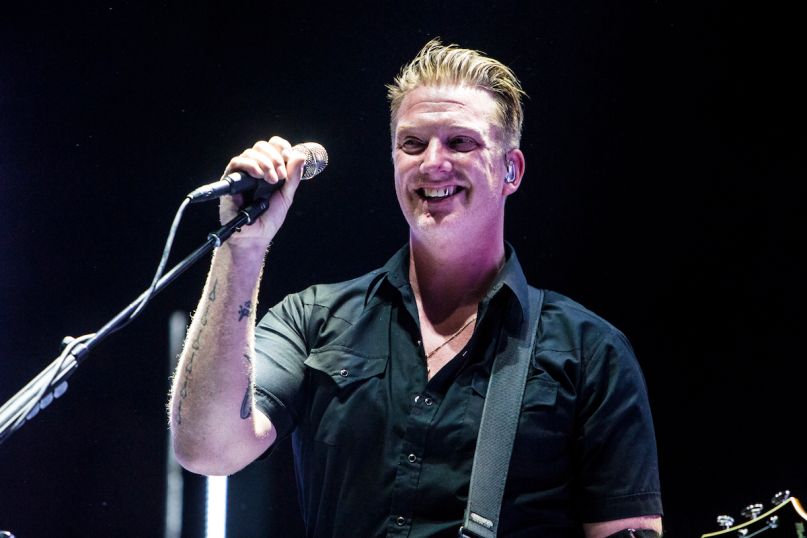 The last we heard from Josh Homme, he was spreading holiday cheer with a series of Christmas-themed releases. Now, it seems the Queens of the Stone Age frontman may be gearing up to revive his long-running Desert Sessions.

The Desert Sessions began over two decades ago in 1997, with Homme inviting a number of a musicians out to a ranch in Joshua Tree to write and record. Through 2003, the collective released ten albums and hosted a revolving door of artists including PJ Harvey, Dean Ween, Brant Bjork, Twiggy Ramirez, Jesse Hughes, and Troy Van Leeuwen. Given the project’s emphasis on collaboration and inspiration, Homme previously explained,

“At Desert Sessions, you play for the sake of music. That’s why it’s good for musicians. If someday that’s not enough anymore, or that’s not the reason behind you doing it — that’s not your raison d’être — then a quick reminder like Desert Sessions can do so much for you, it’s amazing. It’s easy to forget that this all starts from playing in your garage and loving it.”

In a recent post on QOTSA’s Instagram, Homme teased the possibility of two new Desert Sessions records, asking fans, “I wonder if anyone’s been recording in the desert?” The forthcoming albums would serve as volumes 11 and 12 in the series, following up 2003’s Volume 9: I See You Hearin’ Me and Volume 10: I Heart Disco. To emphasize this point, the post featured hashtags #11 and #12, in addition to #desert, #session, and #newfriends.

This tease comes on the heels of Homme’s past statements on his Beats 1 show, The Alligator Hour, during which he’s hinted at writing new material and recording in a desert studio.

In 2014, Homme spoke about his desire to resurrect the Desert Sessions. In an interview, he explained, “I’d love to do more Desert Sessions, it’s just been difficult because of having a lot of music go on already.” Now, after 16 years since their last release, it seems like Homme has finally found the time between his varied projects to get the gang back together.