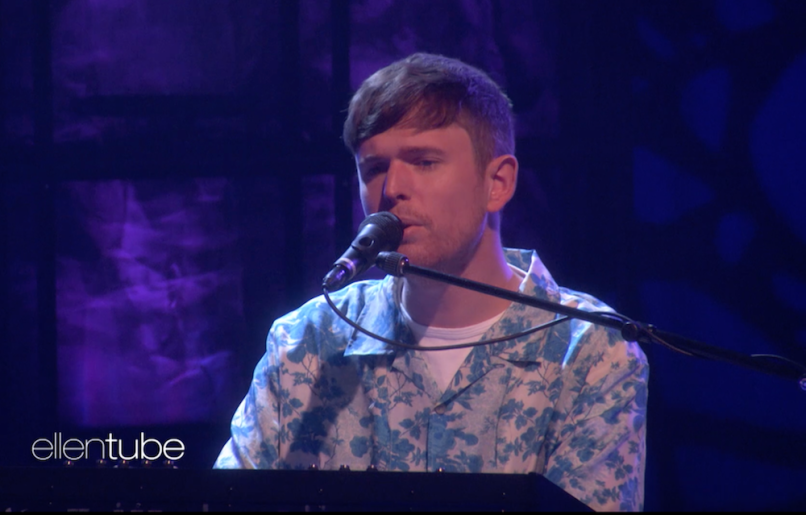 James Blake made his daytime TV debut on Ellen on Friday. In support of his impressive fourth LP, Assume Form, the British crooner treated viewers to a performance of album highlight “I’ll Come Too”.

Softly glowing lights and entrancing projected visuals accompanied Blake, but his signature soothing vocals were easily the main attraction. Replay it down below.

Earlier this week, Blake recorded a seven-song session for KCRW’s Morning Becomes Eclectic program. Revisit his performance of “I’ll Come Too” from that set.

Blake is next expected to play at summer festivals like Primavera Sound in Spain, Philadelphia’s Made in America, Ireland’s Electric Picnic, and Fuji Rock in Japan. Grab tickets here.