Sadly, neither weighed in on Westeros' fate... 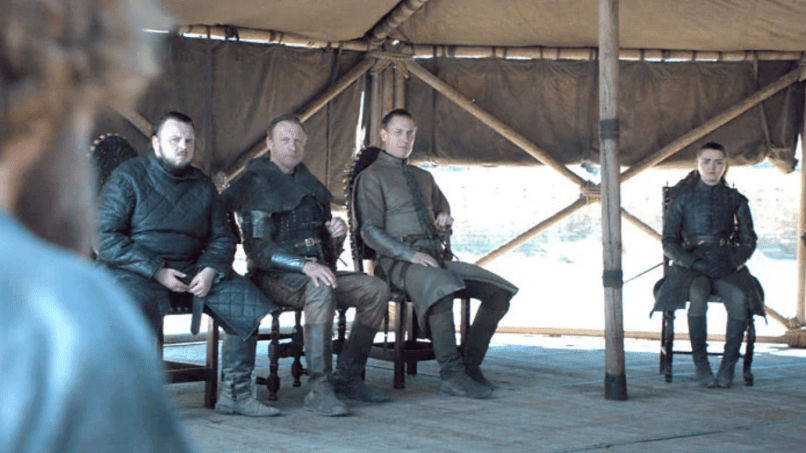 The talent behind Game of Thrones sure is thirsty.

During last night’s epic series finale, “The Iron Throne”, fans spotted yet another on-screen anachronism to follow in the wake of the now-iconic Starbucks cup from “The Last of the Starks”.

At exactly 46 minutes and 19 seconds into the episode, you can see a bottle of water right next to Samwell Tarly’s (John Bradley) left foot as the rest of the council decides upon the fate of Westeros. He’s not alone, as one fan has also pointed out there’s another next to Davos Seaworth (Liam Cunningham).

Sadly, as you can see below, neither weighed in on Tyrion’s proposal.

It's not just there, I actually found the second water bottle next to Ser Davos. #GameOfThrones pic.twitter.com/rZHqiWmDU4

Granted, they’re not as blatant as the OG Starbucks cup, which was just sitting in the middle of a table, but it’s wild to think this slipped through during such a pivotal moment.

As of publication, HBO hasn’t issued a response, but odds are both bottles will follow a similar fate as the cup: they’ll be digitally erased. Gone to Old Valyria.