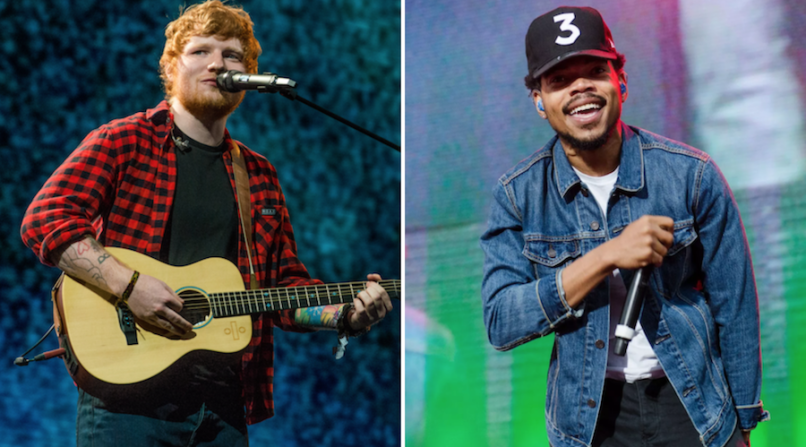 Earlier in the month, Ed Sheeran released a new collaboration with Justin Bieber called “I Don’t Care”. It turns out the track is part of a bigger, guest-heavy new project from the British pop singer, an album dubbed No.6 Collaborations Project.

Coming July 12th, the album features 15 collaborative tracks featuring a total of 22 guests. As Sheeran explained in an Instagram post announcing the record, “Before I was signed in 2011, I made an EP called No.5 Collaborations Project. Since then, I’ve always wanted to do another, so I started No.6 on my laptop when I was on tour last year. I’m a huge fan of all the artists I’ve collaborated with and it’s been a lot of fun to make.”

While the names of the other artists have largely been withheld, Sheeran has revealed a second teaser track from the album, “Cross Me”, which features Chance the Rapper and PnB Rock. Take a listen to the tune below.

No.6 Collaborations comes two years after Sheeran’s last full-length, ÷. The pop singer-songwriter will be touring Europe this summer, and you can buy tickets here in hopes of catching some surprise guests to deliver the new material.