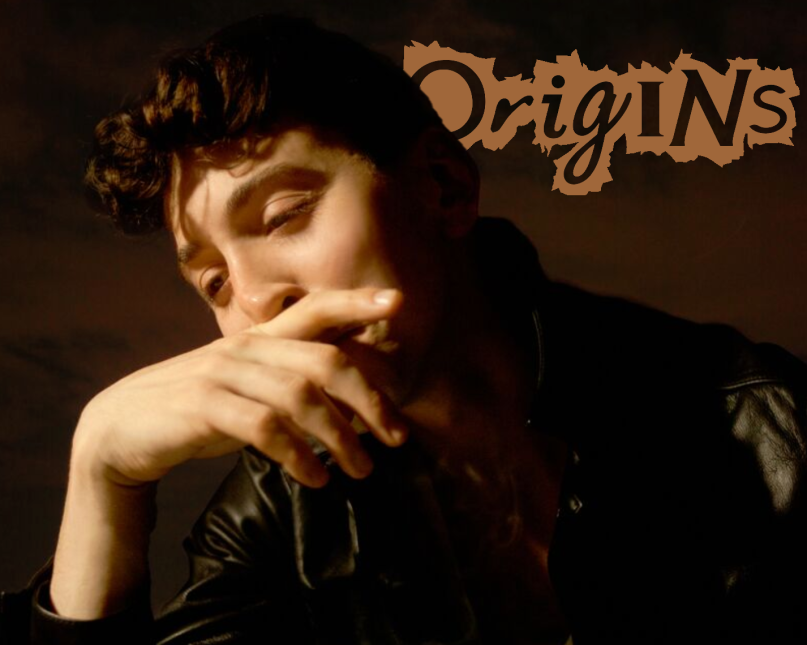 Origins is a recurring feature that requests musicians dig into the various inspirations behind their newest music.

Des Rocs is on a mission to bring old-school rock ‘n’ roll back to the mainstream. Musically, the New York City native has found his niche, drawing on classic rock and updating it with a modern edge. Gritty and loud, Des’ impressive sound is matched by his in-your-face stage presence that recalls the brooding charisma (and leather jackets) of 1950s greasers.

The rocker is currently on the rise and has been enjoying performing at sold-out venues across the country. Following his recent six-week tour with Grandson, Des is currently prepping for a tour with The Struts later this month and an appearance at Lollapalooza in August. Ahead of the anticipated summer outings, the rock revivalist has released a new single, “SLO”.

The track highlights what Des Rocs does best by capturing his unapologetic bravado from a bygone era. The explosive guitar riffs and an aggressive rhythm section serve as the perfect companion to his energetic vocals. However, the song remains fresh through its use of soulful background singers and the light-handed electronic effects that lace the piece. Listen for yourself below.

The rocker has taken the time to speak to the Origins of “SLO”. Hear what Rocs has to say about modern pop music, Elvis, New York City, and more below.

I’d had this one on repeat for a long time. I’m obsessed with this drawn out intro that leads your ear in one direction before spinning around and taking off with this a relentless forward drive. There’s also a certain raw element to the performance that feels like the band rehearsed the idea a few times, tracked it and whatever the recording was is what it was. I love the idea of records just being what they are. Some times I’ll slave over a single production for months, but other times it’s freeing to be a bit more fatalistic and say “that first take of drums and guitar is what the record is and that’s it, I don’t like anything after take one.”

“SLO” is the antithesis of all modern pop music and everything on the radio. This record gives no fucks in how raw it gets and flagrantly embracing blues progressions and big muffs. You don’t hear a guitar through a big muff on the radio today. Those tones are like being punched with a massive fist made out of a beehive. I want to provide a clear alternative to alt radio and pop and let you know that this is who I am and this is what I stand for.

New York City is a part of every single record I make and song I write. It’s frenzied, chaotic and uncertain. More than anything else, New York is founded on the idea of dreaming big. With SLO I wanted to invite the listener into a massive, dark and frenzied world that channels the way I’ve felt on some of my stranger nights living and growing up in this city.

Elvis is a towering figure in my life, as a performer and a singer. His live movements lived in a certain place in his body that was instilled in my DNA at a very young age. There’s a certain movement to SLO that’s born of those classic motions.