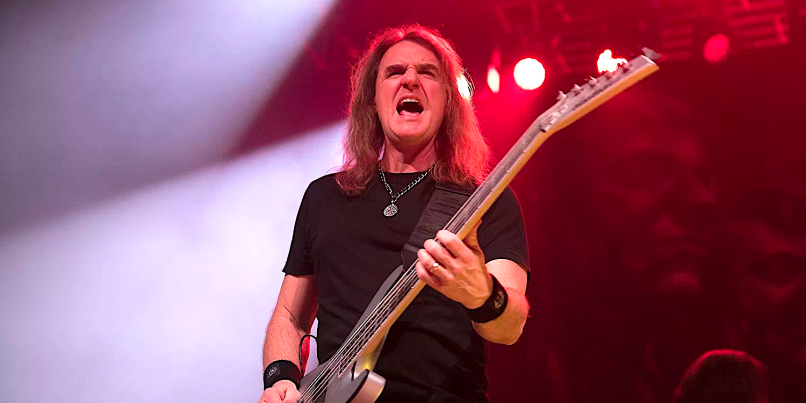 In an interview regarding his new autobiography, More Life With Deth, Megadeth bassist David Ellefson revealed how he accepted a salaried employee role when he rejoined the band in 2010 after previously being a part-owner until the band broke up for a brief time in 2002.

“From the beginning, I was always an equal owner,” Ellefson said in an interview with Metal Rules. “When Dave [Mustaine] broke the group up in 2002, we left our business matters intact. When [the band] re-formed in 2004, our disagreements were very much about participation in ownership of the group.”

Ellefson went on to explain that’s why he didn’t rejoin the group in 2004 and how he eventually rejoined Megadeth in 2010, not in his previous role as a part-owner, but on salary as the top paid employee of Megadeth.

“I’m not going to lie; going from being a co-founding owner to just a sideman musician was initially why I didn’t come back in 2004,” Ellefson said. “I was not happy with the participations that were presented to me. In recent times, coming back, I found great joy in doing music with a lot of other people in other settings that helped me fall back in love with playing music. Now I can come back into or go into musical situations and be able to be there for a purpose and level of pay. Being a sideman absolves you from being involved in all the other stuff.”

He added: “At this point in my life, I would rather leave that stuff on the sidelines. Like American Express says, ‘Membership Has Its Privileges,’ being a sideman has its benefits. In my case, it helps retain a friendship too. In order to have a friendship, I had to give up some ownership.”

Mustaine disbanded Megadeth in 2002 after being diagnosed with radial neuropathy after falling asleep with his left arm over the back of a chair, resulting in him being unable to use his left hand or play guitar. After recovering from the injury, Mustaine re-formed Megadeth in 2004 after a reissue campaign of the band’s first eight Capitol albums, with the intent to reunite the Rust in Peace lineup. However, Ellefson and guitarist Marty Friedman would not agree to terms with Mustaine.

Ellefson would eventually rejoin Mustaine and Megadeth in the months after the release of 2009’s Endgame, touring and playing on the band’s last three albums and most recently on 2016’s Dystopia, which notched the band a Grammy for Best Metal Performance for the title track.

Ellefson and Megadeth are currently in the studio working on the band’s 16th full-length album, which is likely to see release in 2020. Ellefson’s book is due out July 16th, pre-order it here.