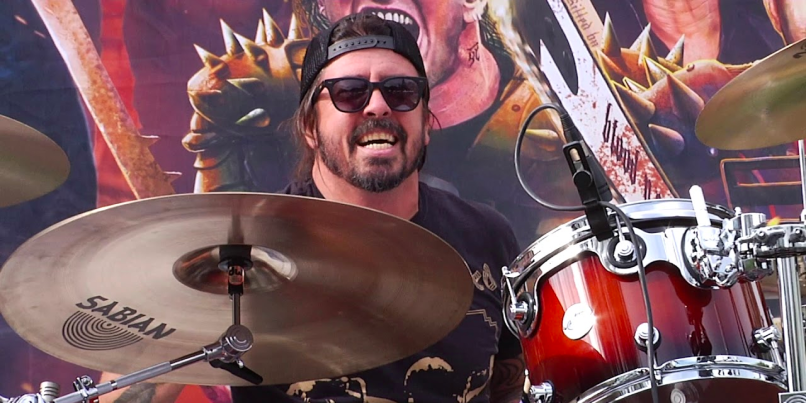 The fifth annual “Ride for Ronnie” took place Sunday in Los Angeles, honoring late metal legend Ronnie James Dio, and among the highlights was surprise guest Dave Grohl jumping behind the kit to play drums on Motörhead and Thin Lizzy classics with an all-star band.

This year’s “Ride for Ronnie” started out with a motorcycle ride from Harley Davidson of Glendale to Los Encinos Park in Encino, where the performances took place. It was in the park that the onetime Nirvana drummer joined Ricky Warwick (Thin Lizzy, Black Star Riders), Robbie Crane (Black Star Riders), and Keith Nelson (Buckcherry) on Motörhead’s “Bomber” and Thin Lizzy’s “Jailbreak” (watch below).

Meanwhile, Grohl’s main band, Foo Fighters, will be back in action this month, headlining the Epicenter festival in Rockingham, North Carolina, on May 12th, and the Sonic Temple festival in Columbus, Ohio, on May 19th, along with a pair of gigs May 15th-16th at The Fillmore New Orleans. The band will then play a run of European dates this summer, with tickets for most of the shows available here.