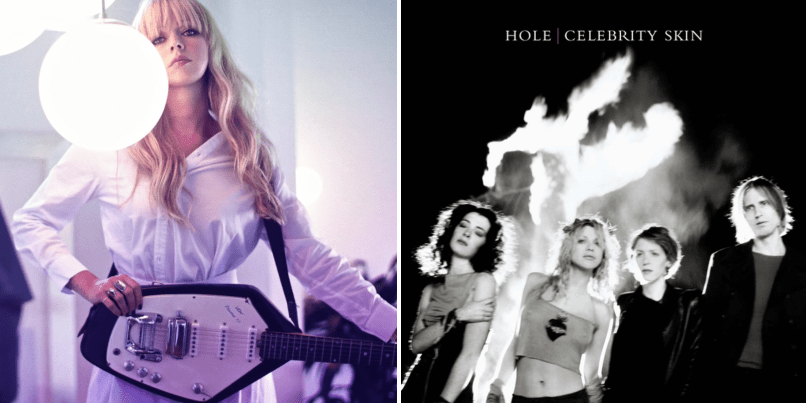 Chromatics are back with a new inspired cover.

The Portland electronic outfit have covered Hole’s “Petals” for Netflix’s incredible new horror flick, The Perfection. It’s short, at a little under two minutes, but singer Ruth Radelet makes quite an impression as she stands in for the seemingly inimitable Courtney Love.

As they’re wont to do, the Johnny Jewel-led outfit strips down the Celebrity Skin deep cut to a minimal electronic jaunt, which offers quite a base for Radelet as she croons in a hypnotic daze: “Tear the petals off of you/And make you tell the truth.”

Stream both the cover and the original below.

The track actually closes out the film, which senior writer Clint Worthington calls an “unnerving, unmissable Grindhouse psychodrama.” He’s not wrong; the film, which stars Allison Williams and Steven Weber, is a viciously delectable feature.

In related news, Chromatics are currently out on the road for their first tour in five years. Most of their shows are sold out at this point, but that doesn’t mean you can’t find them online. Be smart and secure your tickets now!