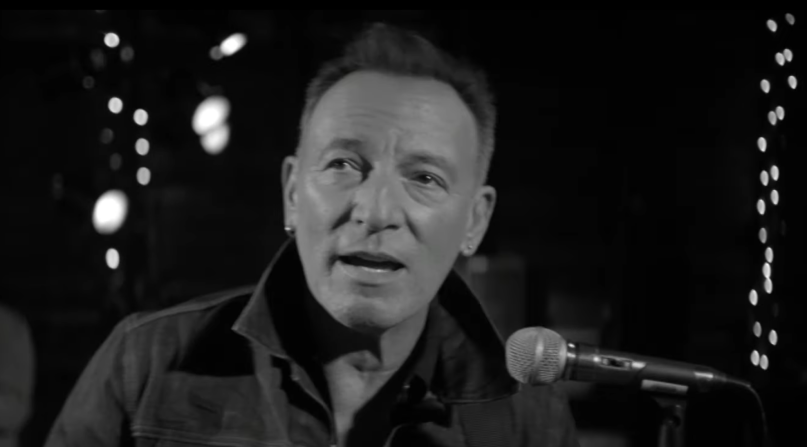 Bruce Springsteen is back.

Well, not yet, Western Stars doesn’t drop until June 14th via Columbia Records, but the New Jersey bard has released yet another track off his forthcoming solo album.

It’s called “Tucson Train” and once again recalls the great and late Glen Campbell as he does in previously released gems: “Hello Sunshine” and “There Goes My Miracle”. This time around, however, Springsteen’s paired the track with a performance video.

Directed by Thom Zimny, who helmed his recent Netflix special, Springsteen on Broadway, the black and white clip finds The Boss surrounded by a number of familiar faces on E Street, all of whom appear on the album. If anything, it’s a nice tease for next year’s LP.