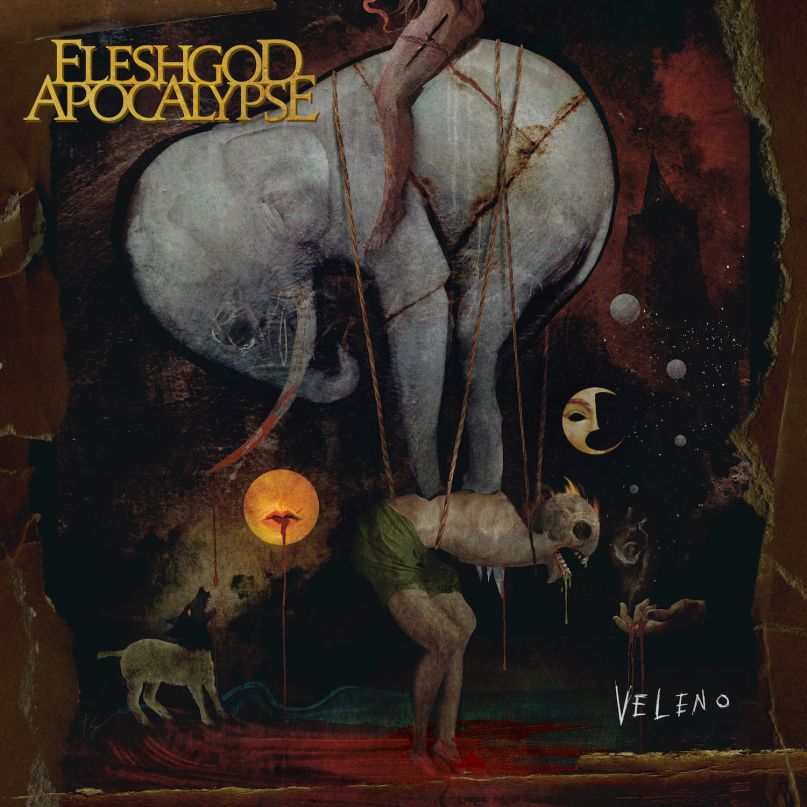 The Lowdown: Italian death metal outfit Fleshgod Apocalypse made a name for themselves with peerless technical acumen, symphonic accompaniment, and heavy use of acoustic piano on beloved records like 2011’s Agony and especially 2010’s excellent Mafia EP. Since then, the band has released a couple of similar-sounding efforts, though they’ve grown as a touring outfit. Their latest album, Veleno, remains consistent despite the loss of longtime guitarist Cristiano Trionfera and lead vocalist Tommaso Ricardi.

The Good: Losing Trionfera and Riccardi hasn’t slowed Fleshgod Apocalypse down a bit. Founding multi-instrumentalist Francesco Paoli once again takes over lead vocals — as he did in the band’s early years — and seems more than capable of keeping the band going. In fact, on songs like the lead single “Sugar” and “Monnalisa”, Fleshgod deliver two of their catchiest tracks in years. The music especially shines when the band tones down the high-velocity drumming and guitar playing and let more unique elements — like Francesco Ferrini’s acoustic piano and Veronica Bordacchini’s soprano vocals — color in the margins.

The Bad: Fleshgod Apocalypse have always relied on a more-is-more approach to songwriting, employing layers of guitar and bass, multiple vocalists, orchestra backing in addition to piano and especially compressed drums at breakneck speed. When all or even most of these instruments are going at once, as they do on the opening song “Fury,” the result sounds a bit chaotic no matter how tight the performances themselves are. Even death metal requires some self-control to be effective, and Fleshgod could benefit from injecting a little restraint and space into their songwriting.

The Verdict: Fleshgod Apocalypse haven’t significantly changed their sound over the years, but Veleno marks a slight step up for the band in terms of songwriting. They often find their stride when they aren’t playing with as much intensity as they possibly can, and instead embrace the dynamics their symphonic sound makes possible. However, a few more new ideas — or more songs like “Sugar” — would have helped separate the album from the band’s recent releases.