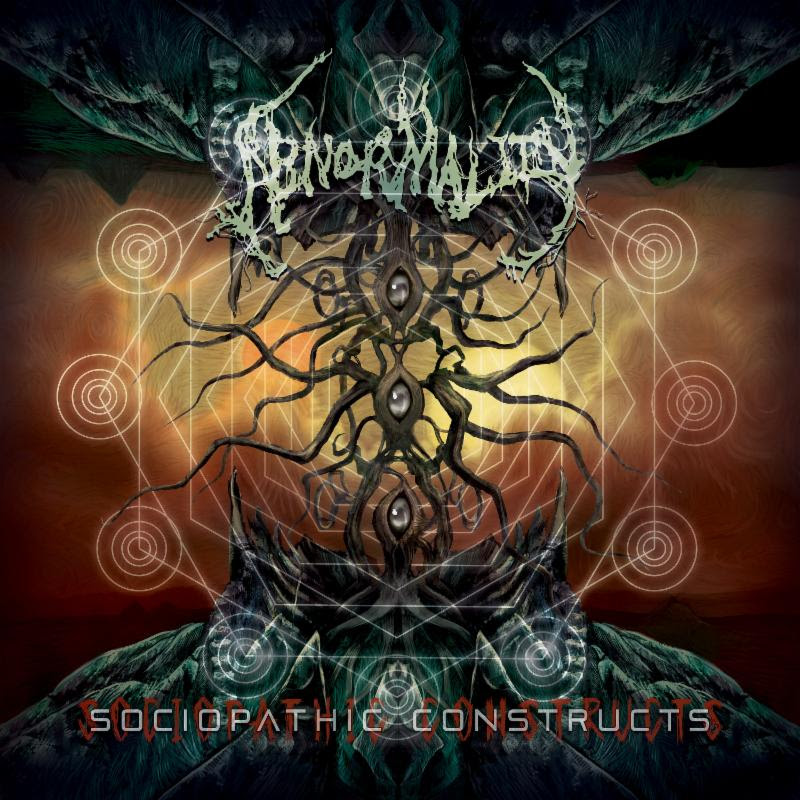 The Lowdown: Hailing from Boston, Abnormality have risen over the years to become a prominent name in death metal. Their debut 2012 LP, Contaminating the Hive Mind, made for a strong introduction, while 2016’s Mechanisms of Omniscience provided further evidence of the band’s stellar musicianship. But it is with their third studio album, Sociopathic Constructs, that Abnormality present their best material to date and offer an excellent work of technical death metal.

The Good: One way to think of the album is as a work of well-crafted chaos; for all of the hectic-sounding instrumentation, there’s an overall cohesiveness that keeps the record together. This chemistry comes across right away in the opening track “Monarch Alpha”. Without hesitation, the track explodes with bursts of blast beats, pounding bass, and a guitar rhythm that exudes an industrial tone. The intensity of these instruments continues to build as the song progresses, all while maintaining a balance that never overloads the listener.

“Transmogrification of the Echoborgs” starts with flourishes of blast beats, as the guitar exudes a metallic haze. The combination of pummeling drums, a sporadic guitar flow, and an excellent solo towards the end cements the song as one of the record’s most engaging works. Together, guitarists Sam Kirsch and Jeremy Henry, along with bassist Josh Staples and drummer Jay Blaisdell, offer a superb collection of all-out brutal tech death.

Besides the instrumentals, the vocal presentation of Abnormality has always been a central component in the band’s aggressive sound. Throughout Sociopathic Constructs, vocalist Mallika Sundaramurthy uses her voice to elevate each track’s devastating delivery. In “Penance”, we go from guttural growls, chilling shrieks, to blending the two styles together to create this alien-like quality. The vocals also capture the adrenaline of the instrumentals, giving the band this feeling of unity. “A Catastrophic and Catalyzing Event” offers ravenous vocals with thundering drum work, rumbling bass, and ominous sounding guitars.

The Bad: It’s pretty tough to find anything negative in Sociopathic Constructs. Some may find the interlude track “Aeturnum” a little random among the record’s tracklist order, but this is also something quite easy to ignore.

The Verdict: In the years since their debut album was released, Abnormality have more than outdone themselves. The band’s blend of technical death metal feels as ruthless as it is calculated, making for a fascinating record. As we are entering the halfway point of 2019, Sociopathic Constructs can surely be considered one of the heaviest records of the year thus far.

Essential Tracks: “Penance”, “Transmogrification of the Echoborgs”, “A Catastrophic and Catalyzing Event”