TV Review: Game of Thrones Picks Up the Pieces and Forges New Destinies in “Winterfell” 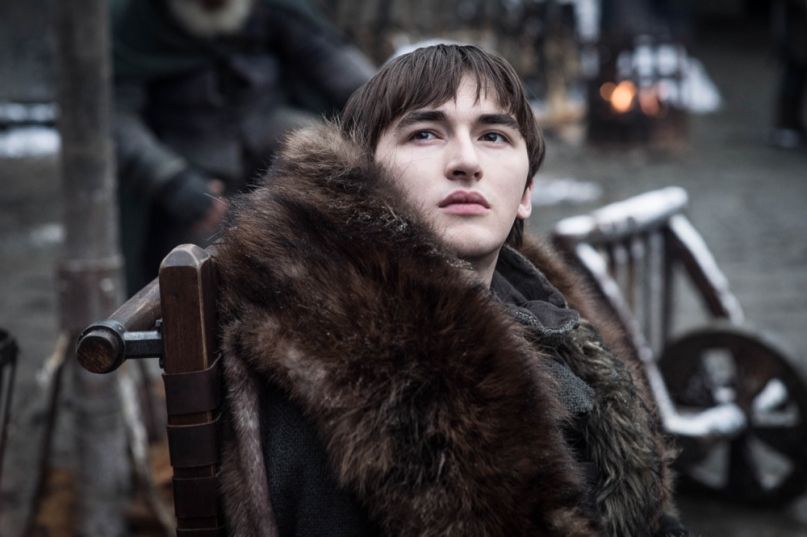 The Pitch: Game of Thrones goes back to where it all began, mirroring the series’ first episode with a royal procession into the heart of Winterfell. With that reintroduction, the show is slowly but surely assembling almost all of its major characters in one place to prepare for battle against the White Walkers. But before that can happen, these strange bedfellows have to decide who to follow, who has the right to rule them (not to mention, the temperament), and who, if anyone, they’re willing to fight and die for.

Away from Winterfell, though, events are being set in motion as well. Cersei (Lena Headey) has officially gone back on her commitment to send her soldiers into the fray, a false promise that suckered Tyrion (on whom she puts a hit via Bronn), but which didn’t fool Sansa (who “studied under” Cersei long enough to know better). Instead, she secures Euron’s (Pilou Asbæk) warriors and the Iron Fleet to help her pick up the pieces of whatever’s left after the war against The Night King.

Meanwhile, the rest of the players are trending toward The North. Theon (Alfie Allen) rescues his sister from his uncle’s grasp (returning the favor after her attempt to rescue him from Ramsey), but plans to head to Winterfell to join the fight. And the likes of Edd (Ben Crompton), Tormund (Kristofer Hivju), and Beric Dondarrion (Richard Dormer) reconvene with a plan to make it to Jon Snow (Kit Harington) before the Wights do, but not before another throwback to the series premiere appears — a spiral of body parts, meant to warn us, and our heroes, of what’s to come.

Then Jon Sang “A Whole New World”: The season premiere spends plenty of time teasing the audience over how the Daenerys/Jon Snow romance might turn out. On the one hand, you have Ser Davos (Liam Cunningham) discussing the prospects of “proposal” between them, Sansa (Sophie Turner) perceiving that her brother loves his new queen, and Dany herself (Emilia Clarke) seeing a sign that her beau is worthy, when her dragon lets Jon mount him for a ride to somewhere they can flirt in peace.

On the other hand, Varys (Conleth Hill) offers the caution that “nothing” lasts, the entire episode has a “taking the new girlfriend to meet your family who doesn’t like her” vibe, and oh yeah, Jon also finds out that Dany’s his aunt. Awkward. “Winterfell” seems to portend a power struggle between the last scions of the Targaryen line, if only in the hearts and minds of their followers, that could throw a Valyrian monkey wrench into their budding relationship.

Enfant Terrible: What is the state of Cersei’s pregnancy? It’s a question at which this episode only hints. As Sansa notes so cuttingly, it’s hard to take Cersei at her word, even when she told her siblings that she was carrying Jaime’s (Nikolaj Coster-Waldau) child last season. That revelation was convenient enough as a means to try to secure their trust and loyalty in a tense moment, to where it might have been a facade. And yet as Tyrion (Peter Dinklage) once noted, Cersei is not above using genuine facts and feelings for Machiavellian ends.

When Euron Greyjoy makes another round of crude jokes about sleeping with the queen, Cersei’s expression changes to one of distress and pain, importantly where no one can see it. There’s a distance in her eyes when she says she wants to be alone and the sophomoric seadog tells her that he’s going to put a prince in her belly. And while the science and medicine of Game of Thrones is not flawless (see: Joffrey’s folicular parental proof), Cersei is drinking again, a bad idea if she’s carrying a child. Tyrion suggests to Sansa that, for once, he believes his sister’s promises because she has something to live for.

But between those signs in Cersei’s disposition, and the witch’s prophecy that said she would only have three children, it’s quite possible that Cersei was pregnant, or genuinely believed herself to be, but lost the child between the end of the last season and the beginning of this one. For Cersei, whose children were her one genuine solace in this world, to lose yet another child would be devastating, despite the will of iron she tries to display to friend and foe alike.

A Westerosi High School Reunion: A recurring motif in “Winterfell” is characters who’ve long been separated having joyous, tense, or meaningful reunions for the first time in years. Arya (Maisie Williams) sees her brother for the first time since the earliest episodes of the show, Gendry (Joe Dempsie) since he was sold to Melisandre in season three, and The Hound (Rory McCann) since she left him for dead at the end of season four. Tyrion and Sansa haven’t seen one another since Joffrey’s wedding, a parting neither has forgotten for different reasons.

Jon Snow embraces his two youngest (living) siblings for the first time since he left for The Wall, recognizing how much they’ve changed, and has an emotional reunion with Sam (John Bradley), who brings big news and the best performance of the episode. And, as a capper, Jaime locks eyes with the young man he once pushed off a tower, the spark that helped ignite this tinderbox back in the series’ very first episode.

The Verdict: Game of Thrones kicks off its final season concerned with moving the pieces on the board into place for a momentous battle, and reestablishing where all of the characters stand before the conflict that threatens to end or change each of them. But it’s also concerned with the question of who should rule, who has the right and the ability to stand up against what’s coming, and lead them into the fight and what comes after. Jon has bent the knee to Dany, to make necessary alliances, to secure support, to have the numbers to withstand everything that The Night King may throw at them. Jon hasn’t hinted much one way or another whether he believes she’s fit to lead, but she’s one of the few people with any power who’s taken his warnings seriously, and that has to count for something, and he consistently defends her.

But everything Jon’s accomplished counts too. We’ve seen Daenerys’ journey from the Dothraki Sea to Dragonstone and all she’s achieved as a ruler to this point, but the men and women of The North haven’t. They’ve seen Jon win the Battle of the Bastards, earn the fealty of the Freefolk, and be crowned King of the North. Now, as personally devastating as it is for him to hear, Jon also knows that he has a birthright to the Iron Throne. “Winterfell” is, thankfully, a more deliberate but still exciting introduction to Game of Thrones’ final bow, one aimed squarely at the horde of the undead on the move, but also on the tenuous tapestry of alliances woven together at Winterfell, and the tension in every corner as to who should direct it.

–When will our heroes fight The White Walkers? We have the confrontation penciled in for episode 3.

–Who will survive the Battle of Winterfell? Expect anyone named Stark or Targaryen (or both) to make it, but don’t start retirement planning for anyone else.

–Will Bronn kill Jaime and/or Tyrion? Somehow we don’t think even the man who’d do anything for a chest of gold will be able to go through with it.

–Who makes it to the end? We’d put odds on Lady Mormont, for starters.

–Who will sit on the Iron Throne? Our current best bet is a marital alliance between Daenerys and Jon.