The track was featured on TXT's debut album The Dream Chapter: Star 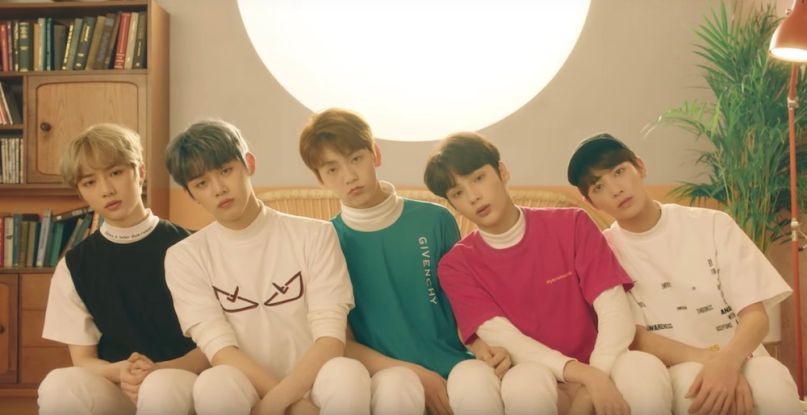 TOMORROW X TOGETHER are the highest-selling new K-pop act of 2019. In March, the band of five teenage boys released their debut album, The Dream Chapter: STAR, and shared its lead single “Crown”. Now, the group has returned with the music video for another track, “Cat & Dog”.

The catchy hip-hop–inspired tune finds TXT taking on a “harder” edge than their other works, with the quintet harmonizing and occasionally rapping over a diluted trap beat. Despite this, the visual finds Soobin, Yeonjun, Beomgyu, Taehyun, and Hueningkai looking as tight as ever, with compelling choreographed dances and added animations and mannerisms that relate them to the song’s titular creatures.

(Read: 20 Essential Acts to Catch on Tour This Spring and Summer)

Many of the conceits in the video are easy to discern, such as the final individual shots of each boy cuddling with a puppy or kitten. Even the low-key creepy furry-esque animal ears added to each member makes sense in the context of a song that taps the concept puppy love directly on the nose with phrases like, “I don’t wanna be just friends… can I be your pet?”

At the start of the month, TOMORROW X TOGETHER announced their first-ever US tour. The group will hit major markets in the US across the month of May. Check their itinerary and snag tickets here.