Tim Burton on the chances of Beetlejuice 2: “I doubt it”

Warner Bros. also confirms that the project is more or less buried 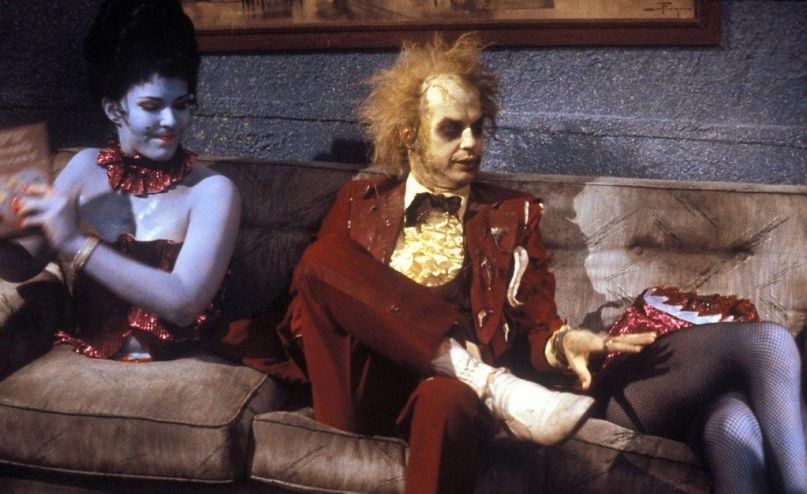 Fans hoping for a sequel to Beetlejuice can finally leave the waiting room.

According to USA Today, both director Tim Burton and Warner Bros. have nixed any possibility of a sequel to the 1987 cult classic with the studio confirming that “the project isn’t in active development.”

Burton, who reunited with star Michael Keaton on his latest feature Dumbo, echoed those sentiments when pressed on the status of the sequel, stating: “Nothing, nothing. I don’t know. I doubt it [will happen].”

The publication also reached out to Larry Wilson, one of the film’s two original writers, who stressed on the impossibility of a sequel: “The bottom line is, Tim Burton and Michael Keaton are not going to think about a Beetlejuice sequel unless it somehow catches the energy of the first film, and that’s not easy.

“Beetlejuice really was lightning in a bottle,” he continued. “But there have been discussions since it really shocked everyone in 1988. And in terms of Beetlejuice Goes Hawaiian, wiser heads prevailed. Thank God there’s a level of integrity here.”

He’s referring to the aborted sequel originally written by Jonathan Gems that would have dropped the titular anti-hero on the sunny beaches of Hawaii for a magical surfing competition of sorts. No lie.

In recent years, there were other attempts at a sequel by both screenwriters Seth Grahame-Smith and Mike Vukadinovich, and there was even interest from Burton, Keaton, and Winona Ryder at one point, but as Keaton suggested in 2016, it appears that ship has finally sailed.

However, the brand is hardly holding a Handbook for the Recently Deceased. On April 25th, the Broadway musical adaptation finally makes its debut, which depending on its success, may fan the flames again for a sequel.

“I don’t sit around in a bathrobe, watching Beetlejuice and waiting for a sequel,” Wilson said. “But all eyes are going to be on that opening night. It seems like they have really reinvented the movie and it’s looking like a real hit. So we’ll sit tight until then.”

Until then, you Burtonheads have plenty to enjoy. In addition to Dumbo, both Batman and Batman Returns will be returning to theaters next month, and right now, Filmography is exorcising each one of Burton’s gothic works. Stream the latest episode below.