Jordan Peele’s The Twilight Zone Takes Off With the Slightly Familiar “Nightmare at 30,000 Feet” 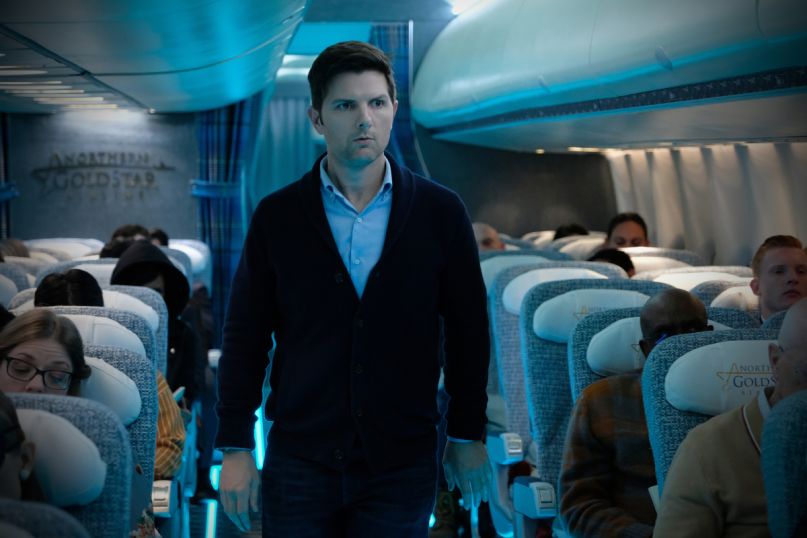 Adam Scott in The Twilight Zone (CBS All Access)

“The road to hell is paved in good intentions…”

Greetings travelers, The Fifth Dimension has begun its epic journey into Jordan Peele’s The Twilight Zone. The first expedition involves a familiar tale titled, “Nightmare at 30,000 Feet”, only there’s no gremlin on this plane. No, there’s something far more destructive.

Our subject for this episode is Justin Sanderson (Adam Scott), an investigative journalist who’s about to embark on the most terrifying investigation of his entire life. Because what begins with a mysterious podcast ends on the torrential waves of suspicion.

Stream the episode above and be sure to rate and review us on your preferred platform. Then stay tuned for “The Comedian”, the second episode in the two-part series premiere, starring Kumail Nanjiani and Tracy Morgan as two comics who want more than just laughs.

–Listen: Johnny Jewel at Italians Do It Better

—The Twilight Zone in 10 Episodes: A Guide to Rod Serling’s Greatest Hits