Song of the Week: Beyoncé Perfectly Captures a Moment on “Before I Let Go” 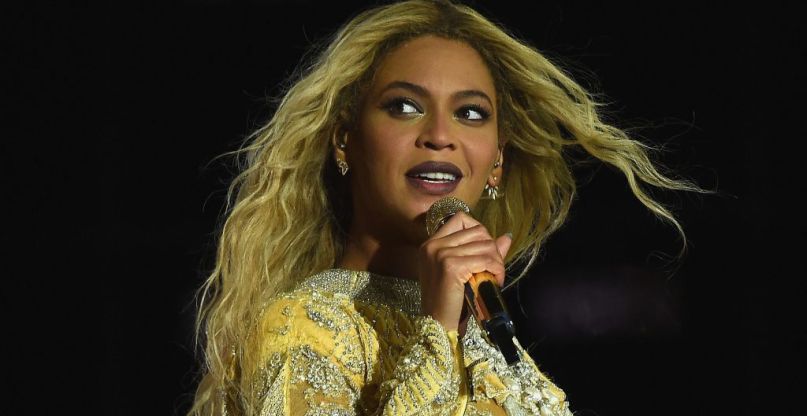 There aren’t too many people without whom the world would be radically different, but we would live in a different world without Beyoncé. Her excellence needs no introduction. Perhaps that’s why her one-two punch this week came as a complete surprise to the world, with the world’s resident goddess of music releasing a two-hour-long documentary and an accompanying live album on the same day.

Both titled Homecoming, the projects chronicle Beyoncé’s historic performance in 2018 as the first black woman to headline Coachella — and the album features two bonus tracks, one of them a surprise new song called “Before I Let Go”. The song carries the explosive fanfare and marching-band feel of the rest of the Homecoming album, bolstered on all sides with instrumentation and textured applause. It’s a love song at its core, with its chorus pushing the meaning and impact of the song up to the next level through Beyoncé’s spirited repetition: “I thank God sun rises and shines on you/ You know there’s nothin’, nothin’, nothin’ I would not do/ Before I let you go/ I would never, never, never, never, never, never, never, never/ Let you go before I go.”

“Before I Let Go” is the perfect song for this moment, the moment she’s created, crystallizing her impact a year later with a powerful reminder of when she “[pulled] up to Coachella/ In boots with the goose feathers.” Beyoncé isn’t one to toss out half-cooked feelings and hope we understand; she makes her love insistent, completely meant, impossible not to face.

Kash Doll twists and turns the idea of what it means to hustle in her new single, a catchy, narrative rap telling the story of an exotic dancer named Kelly who thinks on her feet in order to get out of a dangerous situation. “Hustla” is a segment of the Kelly Chronicles, the Detroit rapper’s mini-movie series project meant to represent strip-club life, inspired by her own experiences. –Laura Dzubay

Kurt Vile’s lush cover of The Rolling Stones’ classic touches on all the things the original song mastered, but now it has a new perspective so it can be supremely re-examined. Vile’s voice opens up a palpable vulnerability that seems to be lacking when Mick Jagger sings it. The homespun piano, steady guitar, and jolting harmonica are the bursts of brilliance taking place in Spotify Studios, where Vile leads with casual command. –Brad Dountz

The Cranberries – “In the End”

It’s haunting, really, to hear any release from The Cranberries following the death of vocalist Dolores O’Riordan in January 2018. “In the End” rings especially poignant, not only from its blunt title, but also the fact that it was the final piece of music recorded with O’Riordan before her passing. “Ain’t it strange when everything you wanted was nothing that you wanted in the end,” sings O’Riordan. As a track on an album, it’s nothing show-stopping, but with its overall context and those signature vocal howls, it’s a fitting farewell. –Parker Reed

This brand of low-key electronic music can occasionally bleed together. Have you ever walked by the EDM tent at Bonnaroo or Lollapalooza? It’s not a genre that thrives on individuality. However, this blend from Tycho and Saint Sinner is beyond blissful. The combination of bass and acoustic guitars in the digital sphere of sound is engulfing. Almost like slowly diving into a pool. The production is lush and the vibes are high. –Parker Reed

The Flaming Lips – “All for the Life of the City”

The Flaming Lips’ experimental nature hasn’t left their DNA, even as they are about to enter their fifth decade of existence. “All for the Life of the City” goes into carnival-like lunacy, before jumbled mixing and reverb take control. Wayne Coyne’s fragile voice describes a bittersweet fable about a king who dies saving his kingdom, typical for one of the preeminent psychedelic bands in the country. Right before their new album is released, The Flaming Lips seem as comfortable as ever taking people out of their comfort zones. –Brad Dountz

There really isn’t a whole lot to say about “Medellin”. It doesn’t really feel like a Madonna track and it’s reggaeton vibes aren’t strong enough to feel distinct in that field either. Recruiting Colombian singer Maluma to take up a sizable amount of real estate on the track doesn’t help the track to feel any more unique. It’s trend-chasing, it’s dime-a-dozen, and perhaps Madonna just did it for the hell of it. Maybe that’s fine. You don’t have to press play. –Parker Reed

In a powerful, introspective statement, Tame Impala gets a little more personal on new single “Borderline”. It’s less glitzy than Kevin Parker’s last song, “Patience”, but still travels in an exciting direction. A perfect vocal point for a nighttime cruise, Parker’s claustrophobic musical presence turns his sharp melodies into haunting choruses and bridges. “Will I be known and loved?/ Is there one that I trust?/ Starting to sober up” describes his existential dread and his attempts at getting better. “Borderline” shows Parker has developed his own unstoppable musical evolution, but the idiosyncratic nature of his own struggles will always be the constant thread throughout his music. –Brad Dountz

Mark Ronson and Lykke Li have each mastered their own corners of the pop world, with Ronson shining frequently as a genre-bending producer and Lykke Li excelling in dream-infused indie pop. “Late Night Feelings” brings their talents together in a rolled-back dance track that moves and glows like colorful lights on the surface of water, as perfect for late-night drives as it is for the dance floor. –Laura Dzubay

Ellie Goulding tears back into her teenage years on the scintillating electropop anthem “Sixteen”. The lyrics beg the listener to focus, transporting them into the blissful, ambitious tunnel-vision of adolescence with a synth-driven beat and lyrics like, “Can I wear your tee shirt and sleep on you/ While I dream of all the good times?” The song has a cyclical feel to it, returning back to these dreams over and over again, the way we so often do return to the more carefree periods of our lives. –Laura Dzubay