Slash Remembers Seymour Cassel, the “Colorful” Actor Who Gave the Guitarist His Nickname

"He was a definite rock ‘n’ roll rebel guy ... most of the sh*t he was into was illegal" 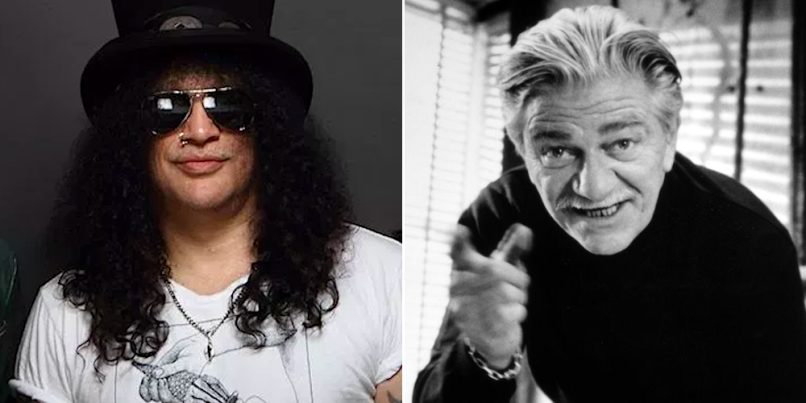 Slash, via Prime PR / Seymour Cassel (from In The Soup)

The great actor Seymour Cassel passed away at the age of 84 on April 7th, leaving behind an impressive filmography that included movies like Faces, Rushmore, and many others. But one of his most enduring legacies was giving a young Saul Hudson the nickname Slash.

Cassel, who starred in a number of movies by filmmakers John Cassavetes and Wes Anderson, among others, bestowed the monosyllabic moniker upon the future Guns N’ Roses legend back in the ’70s.

As the guitarist once explained, “It was a nickname that Seymour Cassel used to call me. I used to be [and] I’m still good friends with his son, Matt, so I used to hang out over at their house and he always used to call me Slash. Basically, he says it was because I was always in a hurry and I was always scheming, I was always hustling, this and that. He always saw me on the go, on the fly.”

The guitar icon checked in with Heavy Consequence this week to talk about the upcoming Slash Ft. Myles Kennedy and The Conspirators tour, his reunion with Guns N’ Roses, and more, but he also took time out to remember the man who gave him his famous nickname.

“Seymour was a very colorful fellow,” Slash told us. “I just talked to [his son] Matt a few days ago, right before Seymour passed and right after. [Back in the day] we had a lot of parties at his house. I met the [Rolling] Stones through Seymour. Actually, the first time I ever drove a car was Seymour’s car — a f*cking great big giant [Pontiac] Bonville, just flying down Sunset Boulevard, almost hitting other cars and all kinds of crazy shit.”

Stay tuned for our full interview with Slash. The guitarist will be out on the road again with his band Slash Ft. Myles Kennedy and The Conspirators starting early next month in Mexico and South America, before hitting Europe in June, and North America in July. See the full list of dates here, and pick up tickets here.