The second preview of Rammstein's upcoming self-titled album, due May 17th 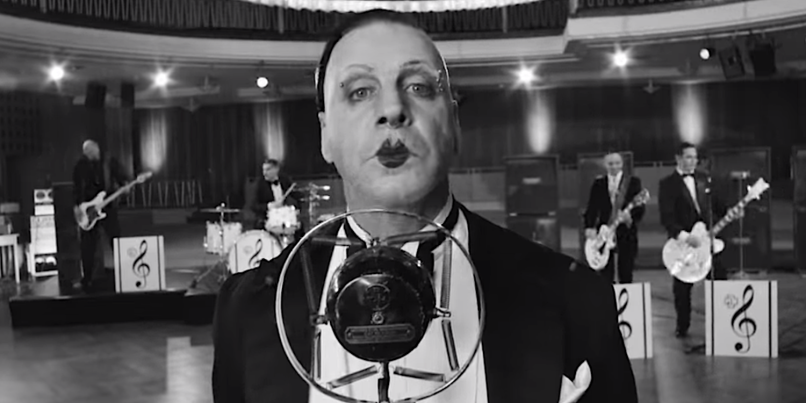 Rammstein have released the song “Radio” as the second full single from their upcoming self-titled seventh studio album, and the track is accompanied by an NSFW music video (watch below).

“Radio” is a melodic industrial ditty that is not nearly as heavy as the first single, “Deutschland”. The video, directed by Jörn Heitmann and set in the early 20th century, features nudity throughout, as the band’s performance is transmitted over the airwaves.

Among the scenes in the video are a woman suckling a radio to her breast and a topless protester with the words “My radio is mine” written in German across her body. Meanwhile, an army of soldiers tries to break up Rammstein’s performance, only to end up dancing themselves.

The video comes after Rammstein teased snippets of all 11 songs from the album, which is due May 17th. Pre-orders for the album are available at this location, with a special edition on sale at the band’s webstore. Rammstein will embark on a European tour in late May. Most shows are sold out, but tickets for select dates can be found here.